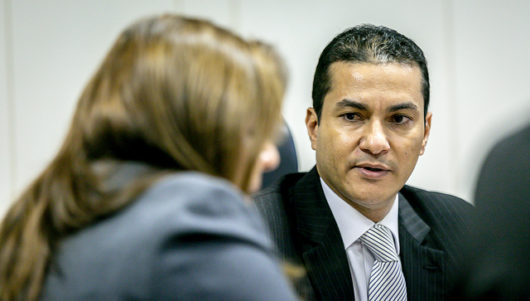 There is an ongoing discussion in the United States surrounding the efficacy of U.S. foreign aid directed toward the economic and social development of developing countries.

The proponents of this arm of U.S. diplomacy sight the advantages as numerous. U.S-centric arguments in support of foreign aid cite economic and national defense benefits such as the expansion of new economic markets abroad and reduction of poverty-linked terrorism.

From a humanitarian point of view, U.S. aid and human rights initiatives have improved and saved the lives of millions of people around the globe. To narrow in on one aspect of that, studies have shown that the U.S. helps prevent genocide through foreign aid.

According to a report published in 2010 by the U.N. Office of the Special Advisor on the Prevention of Genocide, the root causes of genocide spur from societal identity-related conflicts. The report states that the differences in identity do not generate conflict, but the gross inequalities associated with those differences in terms of access to power and resources, social services, development opportunities and the enjoyment of fundamental rights and freedoms.

Within this explanation lays an analysis of genocide as being primarily caused by economic inequality, lack of development and unequal access to power within a state. Following this train of thought, U.S. helps prevent genocide trough foreign aid in that it enables access to tools of empowerment (security, capital, health care, etc.) for impoverished people. By narrowing socioeconomic gaps in potentially violent areas, foreign assistance plays a role in minimizing root causes of genocide.

Matthew C. Waxman, the author of the Council on Foreign Relations special report, Intervention to Stop Genocide and Mass Atrocities, weighed in on how the U.S. helps prevent genocide through foreign aid and explained: “Once mass atrocities are unfolding, it is already too late, so early preventative action is key. Here is the human toll of waiting too long, but also practical reasons for early action, because once mass violence breaks out or human suffering reaches a certain point, there may be cascading effects.”

Rwandan Genocide as a Case Study

The Rwandan Genocide was a tragedy that occurred in 1994, in which over 800,000 Rwandans, primarily of ethnic group Tutsi, were killed by militia and government forces comprised primarily of the ethnic Hutu group. The conflict ignited between the Hutu majority group and the Tutsi minority group and lasted for 100 days. This conflict will be remembered as one of the darkest moments of the 20th century.

On the 10th anniversary of the Rwandan Genocide, U.N. Security General Kofi Annan outlined a five-point action plan for preventing genocides in the future. The first strategy on the plan is to Prevent Armed Conflict. In an expanded explanation of this point, Annan states: “Addressing inequalities in access to resources constitute a critical prevention strategy” and that “economic and social development and alleviating poverty also make a substantial contribution to preventing conflict.”

Though, as Kofi Annan emphasizes in his five-point action plan, preventing armed conflict is first and foremost the responsibility of national governments, Annan also pledged for U.N.’s support to national efforts that seek to take preventative measures against genocide. In doing this, Annan implies that international and foreign institutions, like the U.N., can have a positive influence on individual nations by helping shape peaceful and equal relations within nations.

The U.S. and Its Role

As the former Security General pointed out and what has been proven to be true by the positive results of U.S. foreign assistance efforts in the past, foreign aid works in addressing inequalities between identity groups. In order to implement preventative action into potential conflict zones, Waxman suggests that development of effective early warning systems, engagement in active diplomacy to mitigate crises and usage of tools like foreign assistance and capacity- building programs to address causes of humanitarian emergencies are most important steps.

In 2011, in recognition of how the U.S. helps prevent genocide through foreign aid, President Obama pushed for the creation of the Atrocities Prevention Board (APB), a high-level interagency body responsible for coordinating a whole government approach to preventing mass atrocities and genocide.

Additionally, the U.S. Agency for International Development published the “Field Guide: Helping Prevent Mass Atrocities”, a 64-page government document that acknowledges that the U.S. should be helping prevent genocide and outlines strategies for how to do so.

Based on the research published about genocides in the past, the global community seems to have a fairly clear understanding of the origins of genocide and what the warning signs are. With the understanding of how such a terrible event comes to be, many humanitarian efforts have been launched to address the root causes of mass violence and among those the U.S. has played a pivotal role.

However, recent political moves that threaten the future of U.S. foreign assistance program have been made. In a world where mass violence is ever-looming, it would be prudent for the policy-makers to consider how the U.S. helps prevent genocide through foreign aid and keeps that violence at bay.