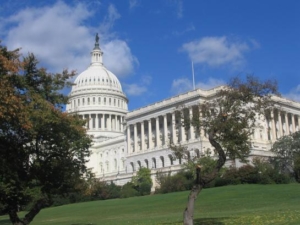 When the founding fathers of the United States sought independence from the British Empire, they were determined to create a government based on representation. Many settlers in the new world were not happy being taxed by a government in which they did not have a voice. The desire for a fair democracy that represented the interests of its citizens was manifested in the House of Representatives. The process for how members of the House of Representatives are elected was first laid out in the Constitution, but the process has evolved over time.

The legislative branch was first defined in Article I of the United States Constitution. It is comprised of two chambers, the upper chamber (the Senate) and the lower chamber (the House of Representatives). Article I Section II clarified that members of the house are to represent the interests of the people. Representatives do not have to be residents of the districts they seek to represent, but they are required to be residents of that district’s state. This rule was created to ensure that representatives worked in the interest of the state’s voters.

Term length aside, the process for electing members of the House of Representatives follows the standard for presidential and senate elections. Party primaries are held first to determine who the individual political parties nominate as their candidate for the seat. The primary is the widest field of candidates for voters. Once parties choose their candidates, a general election is held in November of even calendar years. Whoever receives the popular vote within the specific house district is the declared winner of that House Seat. Since there are no specified term limits for any member in the House of Representatives, it is possible for a representative to hold their seat for the remainder of his or her life.