Tag Archive for: United States Congress And House Of Representatives 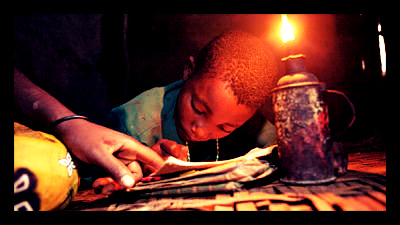 U.S. Congress is introducing concrete legislation that if passed will help bring energy security to over 500 million people in Sub-Saharan Africa. The House Foreign Affairs Committee introduced the Electrify Africa Act of 2013 with the stated goal of forming a “strategic approach to support affordable, reliable electricity in sub-Saharan Africa to unlock the potential for economic growth, job creation, improved health and education, and poverty reduction.” It has garnered sponsors from both Republicans and Democrats in the U.S. House of Representatives.

Currently, 68 percent of people in Sub-Saharan Africa do not have access to electricity. An additional 10% that have electricity still burn wood, shrubs or cow manure to cook their food. This includes people in 30 African countries and comes at an average cost of 2-5% of GDP growth per year. The Electrify Africa Act would make it official U.S. policy to encourage energy capacity gains of 20,000 megawatts by 2020. This would grant first time electricity access to 50 million people.

The Electrify Africa Act also comes as a response to increased Chinese investment in Africa. China has become the single largest director in the area and has drawn attention for providing $2 billion in aid to African energy projects while also supporting Chinese companies in the region.

The bill requires the current Administration to develop a comprehensive multi-year strategy to meet its energy goals. After three years, the president must present progress to Congress. The plan would include lobbying of organizations such as the Overseas Private Investment Corporation (OPIC), the World Bank and the African Development Bank to increase electricity related investment. Additionally, USAID will be encouraged to use loan guarantees and grants to support various energy projects.

Securing commitments from Congress to attack poverty in the form of concrete legislation is an enormous step in helping millions of people. With properly directed aid electrical deficiencies’ in sub-Saharan Africa will cease to exist. The region will take off economically and over 500 million people can enjoy a more prosperous and secure life. The Electrify Africa Act will provide an effective step in eradicating poverty and empowering countless people.