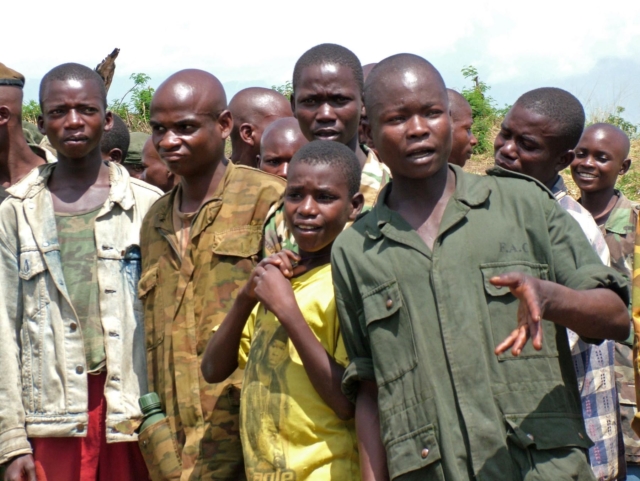 The Democratic Republic of the Congo (DRC) is an African country that is home to more than 105 million people, forming the second-largest country on the continent. The DRC is rich in natural resources such as coal, gold and petroleum, which provide the country with economic sustenance. However, human trafficking in the Republic of the Congo stemming from governmental corruption and internal conflicts continues to plague the country.

Economic Background of the DRC

Economic growth in the DRC decreased from 4.4% in 2019 to merely 0.8% in 2020. The slowed growth rate correlates with limitations related to COVID-19. Private consumption, government investment and non-mining sectors dipped because of pandemic-related complications and limited government spending. The Democratic Republic of the Congo falls in the bottom 10 countries in the Doing Business 2020 annual report. The Human Development Index (HDI), which measures holistic standards of living, placed the DRC in the bottom 15 countries for 2020.

The pervasiveness of poverty in the DRC is reflected in the estimated 73% of Congolese people who lived on less than $1.90 a day in 2018. About one in six people living in conditions of extreme poverty in sub-Saharan Africa are from the DRC, with more than four in 10 Congolese children classified as malnourished. The Human Capital Index (HCI) indicates Congolese children operate at roughly one-third of the potential productivity possible with full education and complete health. The DRC ranks below average in the HCI compared to other sub-Saharan African nations.

Human Trafficking in the DRC

In a 2019 report, the U.S. Department of State classified the Democratic Republic of the Congo as a Tier 3 nation in its handling of human trafficking. The classification is due to the Department of State’s determination that the DRC “does not fully meet the minimum standards for the elimination of trafficking and is not making significant efforts to do so.”

While the Congolese National Army (FARDC) showed no cases of child recruitment for the fourth year in a row, the FARDC is said to have recruited child soldiers through partnerships with local militias. The Congolese government reported additional cases of sexual violence but did not differentiate sex trafficking crimes from general sexual violence crimes. Furthermore, there continues to be a lack of victim identification procedures and criminalization of trafficking crimes.

The U.S. Department of State recommends several mitigation methods for handling human trafficking in the Republic of the Congo. Some overarching recommendations include efforts to “develop legislation that criminalizes all forms of trafficking and prescribes penalties which are sufficiently stringent.” Additionally, the U.S. Department recommends the use of “existing legislation to increase efforts to investigate, prosecute, convict and adequately sentence traffickers, including complicit officials.”

Human trafficking in the DRC is not going unnoticed. In 2020, the United Nations Trust Fund for Victims of Human Trafficking announced its commitment to a short-term program to deliver humanitarian aid to human trafficking victims or those who are fleeing crises. For the DRC, the project focuses on “supporting underage girls trafficked for the purpose of sexual exploitation in artisanal mining zones in Kamituga, Mwenga territory, South Kivu province in eastern DRC.” Additionally, the project will provide clothes, shelter and mental support to trafficked women and young people in the DRC.

In 2020, the U.S. ambassador to the DRC, Michael Hammer, initiated a $3 million program with the U.S. Agency for International Development focusing on combating human trafficking in the Republic of the Congo. The program prioritizes three tasks:

The program also aims to strengthen prosecution efforts against human traffickers, reflecting the recommendations of the U.S. State Department. “The best way to prevent trafficking is to hold those responsible for it to account and to end impunity for this heinous crime,” said Ambassador Hammer at the program’s introduction. Hammer believes that the program, along with increased accountability for human traffickers, will provide pathways for development, security and humanitarian progress in the DRC.