Tag Archive for: United Nations Office on Drug and Crime 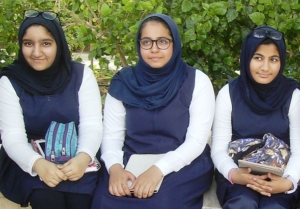 Human trafficking rates have grown significantly in the last decade. While rising global trends persist amid the COVID-19 pandemic, countries like Oman steadily reinforce its policies to combat human trafficking in Oman.

According to the United Nations Office on Drug and Crime (UNODC), human trafficking is defined as the “recruitment, transportation, transfer, harboring or receipt of people through force, fraud or deception, with the aim of exploiting them for profit.”

The involuntary movement of people occurs internationally and affects men, women and children. Human trafficking varies in scope and degree regarding its victims’ characteristics. The data shows most women and girls are sex trafficked; most men and boys are labor trafficked. Perpetrators include organized crime groups or individuals acting of their accord. UNODC highlights immigrants and the unemployed as more susceptible to trafficking, with the COVID-19 crisis likely to “expose more people to the risk of trafficking.”

According to the U.S. Department of State, Oman ranks at “Tier Two,” indicating a country that lacks to meet the Trafficking Victim Protection Act’s basic requirements but shows substantial effort to meet those standards. Some areas where Oman struggled to fight against human trafficking include failing to prosecute, investigate or convict supposed traffickers. But, while there have been shortcomings, there have been great strides in tackling human trafficking in Oman.

Omani authorities also designated approximately $4.6 million in victim shelters and services such as legal support, rehabilitation, medical care and many others. In addition to the victim shelters, the Omani ministry implemented a labor law to better protect the rights of domestic and migrant workers to mitigate abusive labor relationships and boost victims to protective services.

Continuing The Fight Against Human Trafficking

Omanis have also begun to sponsor and host more national campaigns to inform the public about human trafficking in Oman, according to the U.S. Department of State. The campaign instructs its participants on how to correctly identify cases of human trafficking and how to report these crimes to both the authorities and hotline service.

During the 2021 Trafficking in Persons Report, the Sultanate of Oman disclosed its recognition of 29 female victims. This is an improvement from the previous year, where the Sultanate discovered only 25 victims, the U.S. Department of State reports. Out of the 29 victims, the trafficking hotline recovered three. Additionally, in June 2022, in cooperation with INTERPOL, Omani authorities successfully rescued six human trafficking victims.

The Omani Centre for Human Rights (formerly the Omani Monitor for Human Rights) is at the forefront of the observance and reporting of human rights matters, including human trafficking in Oman. Its primary objective is to record cases of violation and raise awareness in all public sectors through its team of researchers in the field. The organization coordinates with international bodies such as Amnesty International, Human Rights Watch, Reporters without Borders, MENA Rights Group and others, to mobilize international conferences on human rights.

While there is much work to be done, Oman is one of several countries gallantly stepping into the arena of combating human trafficking. The nation continues to revise, enhance and adopt new strategies to its policies to fight against human trafficking in Oman.