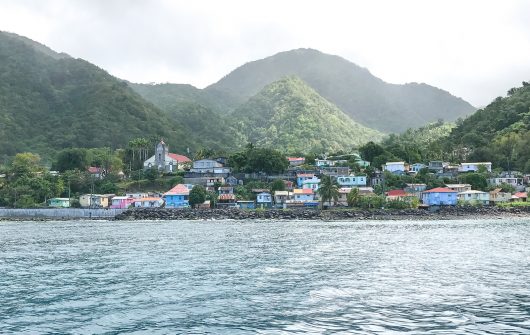 Dominica, the first Caribbean island hit by Hurricane Maria, reported 27 people dead and hundreds of others missing as of October 9, 2017. Hunger in Dominica increases as the wait for food and other supplies to the island lengthens.

While Maria marks the fifth time that Dominica has withstood a direct hit from a hurricane, it has never been hit by one of such incredible force and magnitude, according to the United Nations Office for Coordination of Humanitarian Affairs.

According to onsite volunteers, a month after Hurricane Maria struck Dominica, island residents still lack clean water, adequate food and medical attention. One of two airports serving the country is out of commission. Roofs blew off in 95 percent of Dominica towns such as Portsmouth and Mahaut. No information exists on nearly nine remote communities, as communications are down in the more rural areas.

The World Food Programme (WFP), working with the government of Dominica, distributed over 66 tons of food to approximately 30,000 people, supplying almost half the residents. Over 40 United Nations workers are on the ground to help the struggling community. WFP reports it now can distribute water and supplies to nearly all people, although the organization expects future hurdles.

On September 29, over 11 tons of WFP wheat biscuits containing high-protein cereals and vegetable fat arrived in Dominica. The organization distributed aid by helicopter to interior communities and waterfront communities by ship. Ultimately, the WFP intends to distribute food to approximately 25,000 residents over the next three months. The organization is in discussions with the government to develop a functional system to supply Dominica’s residents with meal vouchers that will be valid once local shops reopen.

The U.N.’s central goal is to help people feel confident and stable. WFP officials project that if residents of Dominica have access to food, water and shelter, belief in that security provides the psychological lift necessary to withstand hunger in Dominica.