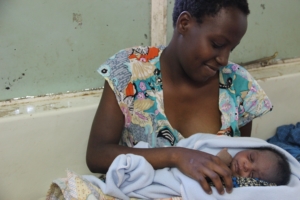 Maternal mortality may not be a constant fear of yours if you think about pregnancy. However, this threat has not been eliminated in many parts of the world. Simply because developed countries have significantly decreased this issue with medical advances, many women in various regions must contend with this terrible plight. Maternal mortality in Sierra Leone, specifically, is still considered to be of high risk and something women should consider prior to pregnancy.

The Most Dangerous Place to Become a Mother

The most dangerous place in the world to become a mother, in fact, is Sierra Leone. This country has one of the highest maternal mortality rates globally. Around every one in 17 pregnancies end in the death of the mother- an overly alarming statistic. An endeavor that is supposed to be filled with joy and excitement is now clouded with fear as mothers worry about their health instead of being able to focus on their babies. This worry is not one experienced globally: Sierra Leone women are 300 to 400 times more likely to die with each pregnancy in comparison to women in Sweden, Finland, and other high-income countries.

Postpartum hemorrhaging has accounted for 32% of deaths along with bleeding, hypertension, abortions, obstructed labor, and infections. Hemorrhaging is problematic because a blood transfusion is required immediately to resolve the issue. However, when a woman gives birth at a local clinic, it can take hours to transport her to a hospital for the procedure. Unfortunately, many women bleed to death while waiting. However, most of these conditions can be treated with the correct healthcare, but due to extreme poverty, an overwhelming percentage of families do not have access to the necessary care.  This has resulted in unnecessary deaths.

Another significant factor that contributes to higher maternal mortality rates is that women in low-income countries tend to have more children. As a result, this increases their risk of complications. On average, women in Sierra Leone have five children, which, is considerably high when looking at countries like the United States whose average is 1.73 children. More children typically mean earlier pregnancies. In a 2016 report, researchers found 20% of deaths were girls ages 15 to 19 years old; a grim statistic especially when considering a 15-year-old is three times more likely to die during childbirth than a 22-year-old.

Although the facts appear troubling, all hope is not lost. The United Nations has recognized maternal mortality as a serious issue. Thus, it has begun to combat the risk of death during pregnancy and the six weeks that follow.

The UN agency called the United Nations Fund for Population Activities (UNFPA) has started supporting midwifery through three government-run schools that graduate 150 students each year to tackle the high mortality rates. This alone will not improve the situation, as the majority of women in Sierra Leone already have midwives. It should result in better outcomes as these midwives will be better trained and even more common.

The UNFPA also focuses on family planning which reduces mortality by 25 to 30%. This UN organization provides 90% of the country’s forms of contraception through an annual $3 million budget. They estimated that from 2015 to 2017 this service prevented 4,500 maternal deaths and 570,000 unplanned pregnancies.

Maternal mortality in Sierra Leone may be among the highest rates in the world, but the country is taking imperative steps to diminish the risks, steps that have been working thus far. By 2023, UNFPA hopes that they can reduce adolescent births to 75 per 1,000. This, in turn, will massively decrease maternal mortality.