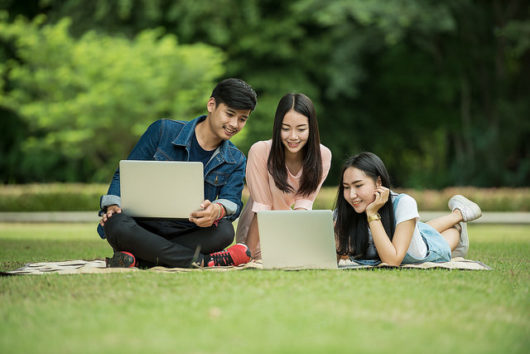 War Child, a nonprofit organization that supports and educate the children affected by wars, in association with British newspapers, Evening Standard and Independent, launched the Learn to Live Campaign.

According to the Global Partnership for Education, 21.5 million children, 15 million adolescents, and 26 million youth that are out-of-school worldwide live in 32 countries affected by conflict. Needless to say, these young people need educational support. Recently, humanitarian efforts have focused more on this need and over the past five years, requests for education funding in emergencies have risen by 21 percent.

Despite the desperate need for improvement of this situation, only 2.7 percent of humanitarian aid went towards education efforts in 2016. Education should be a focus for humanitarian efforts since access to education directly affects young people’s lives and their future.

The Work of Learn to Live Campaign

The Learn to Live Campaign aims to broaden understanding and compassion and it centers around facilitating communication between British students and students in conflict areas. Students send video messages and letters back and forth, detailing their personal lives and challenges.

Recently, Andria Zafirakou, an art teacher who was named world’s best teacher in 2018, started an art project, incorporated in Learn to Live campaign, for students from all of the participating U.K. schools. Currently, four U.K. schools have paired with students affected by conflict in Jordan, Iraq and the Central African Republic.

The art project challenges students to spell “Learn to Live” with materials found in their environments. Several schools are working on the art project, and their works will eventually be combined into one piece. As one of the participating students, Harriet Webster, commented, the art project “is something people will understand, as they will have seen something similar in newspapers or online all over the world.”

Zafirakou also notes the importance of the campaign in expanding British advocacy for global issues. In Zafirakou’s view, The Learn to Live Campaign will educate and empower British children, then those children will go on to raise awareness in their own school and communities, and become a really powerful force. Thus, the campaign’s effects have the potential to spread far beyond the classrooms and the students themselves.

Support for the Campaign

The Learn to Live Campaign has gained wide support in the U.K., from London’s mayor, Sadiq Khan, to celebrities, such as Sam Smith and Richard Curtis. In addition to backing up the project, Khan has encouraged Londoners to get involved. In his words, “children living in areas of conflict deserve our unconditional compassion, as well as our solidarity and support.”

The growing visibility and reach of The Learn to Live Campaign will continue to foster empathy and support for students in conflict areas. Luckily, other students will follow the example and get in touch with their underprivileged peers.