Tag Archive for: UNICEF in Tonga 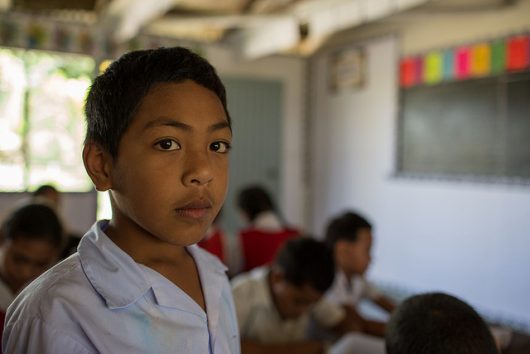 After Cyclone Gita devastated the islands of Tonga, more than 14,000 children may return to their education thanks to an efficient relief plan executed by UNICEF and several of its partner organizations.

UNICEF worked with the New Zealand Defense Force to provide aid for the victims of the cyclone, totaling about 25,000 students, according to a Tonga government assessment. A large portion of the aid was aimed at maintaining a level of education in Tonga after the cyclone’s path of destruction.

Relief came in the form of tents to serve as classrooms after an estimated 83 schools were damaged by the storm, according to Radio New Zealand. The two organizations also shipped supplies such as backpacks and the innovative school-in-a-box. The box includes pencils, scissors, paper, textbooks, chalk and a chalkboard, which is also used as the box’s lid.

In a podcast interview with ABC News, a UNICEF director explained the organization’s goal in Tonga by using temporary learning centers. “It will allow them to process what has happened while moving on with their lives as quickly as possible,” the UNICEF director said.

The cyclone, according to NewScientist, was the most powerful that Tonga has seen in more than 60 years, with winds reaching more than 142 mph. The damage to infrastructure did not end with schools, however. Nearly 1,400 homes were destroyed by Cyclone Gita, leaving many without shelter.

According to UNICEF Pacific on Twitter, the project also received assistance from the French Navy, who shipped some of the relief kits and helped progress education in Tonga.

While the government is still taking strides to improve infrastructure quality, the combined and coordinated effort of UNICEF and the New Zealand Defense Force successfully improved conditions for the affected children. Finding an efficient strategy to provide basic education, such as sending the school-in-a-box, allowed for high success rates in Tonga.