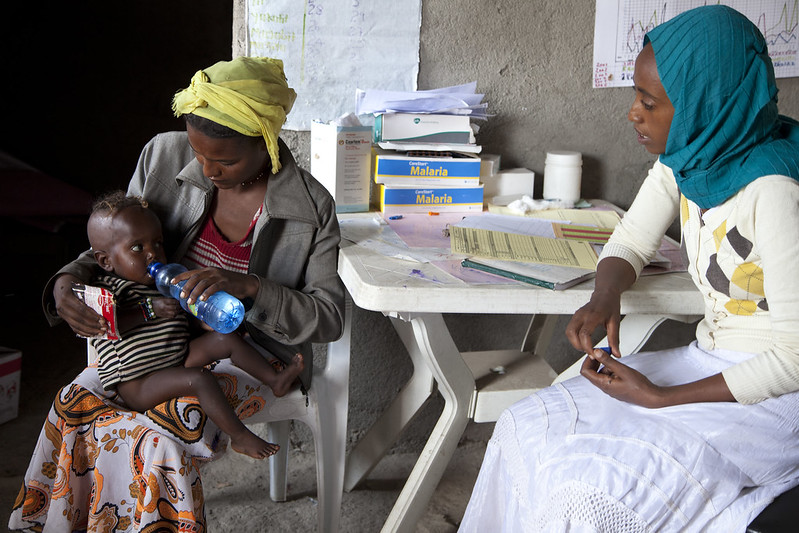 The World Health Organization (WHO) defines malaria as “a life-threatening disease caused by parasites that are transmitted to people through the bites of infected female Anopheles mosquitoes.” People are at most risk of malaria in countries with warmer temperatures as the disease spreads at a faster rate due to the weather conditions. In 2020, the WHO estimated the existence of a total of 241 million cases of malaria throughout the world, and at this stage, the number of deaths arising from the disease stood at 627,000. The WHO African region holds the highest number of malaria cases globally. In 2020, the region accounted for 95% of malaria incidents and 96% of malaria-related fatalities. Furthermore, children younger than 5 made up about 80% of all malaria-related fatalities in this region. Due to these statistics, UNICEF addresses malaria through several initiatives and programs.

Long-lasting insecticidal nets (LLINs) are one of the most effective malaria prevention methods. These chemically- treated nets form a physical barrier to protect against malaria-infected mosquitos while an individual is sleeping. The net itself blocks the mosquito from getting to the individual and the insecticide kills the mosquito once it touches the net.

Data shows that LLINs have reduced malaria cases by about half in sub-Saharan Africa. For this reason, UNICEF uses LLINs as its first line of defense against malaria in affected regions. In 2021 alone, UNICEF utilized 40.9 million of these nets in its malaria prevention programs. UNICEF first began using LLINs in 2000 and has procured more than 275 million nets since 2012. These nets are affordable and last “up to three years or 20 washes.”

In October 2021, the WHO recommended the use of the GlaxoSmithKline (GSK) RTS,S malaria vaccine among children in high-risk countries. According to GSK, long-term clinical studies show that it is “the first and only malaria vaccine” to remarkably decrease cases of malaria among children. The vaccine is the culmination of more than 35 years of research by GSK, PATH and partners.

In December 2021, Gavi, the Vaccine Alliance, announced that it would finance the rollout of this vaccine across child vaccination programs in eligible nations.

UNICEF addresses malaria through its announcement in August 2022 of an award of a contract of up to $170 million to GSK for the “first-ever supply of a malaria vaccine.” This contract will allow for the distribution of 18 million doses of the vaccine over the following three years. UNICEF highlights the importance of this vaccine by stating that in 2020, “nearly half a million children died from malaria in Africa alone, a rate of one child death per minute.”

UNICEF’s supply division director, Etleva Kadilli, commented on a UNICEF press release that “the vaccine rollout gives a clear message to malaria vaccine developers to continue their work” as these vaccines are both necessary and in demand. The vaccine is effective against the Plasmodium falciparum malaria parasite, which takes many lives across the world, to the greatest extent in Africa. As malaria is a global concern, demand for the vaccine is high and plans are already in motion to increase production of it with the hope of eventually immunizing every child against the disease.

Thanks to the work of researchers and organizations such as UNICEF, in endemic areas of the globe, vulnerable children under 5 will receive protection against malaria mortality.