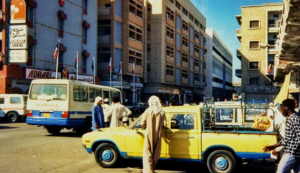 Bahrain is an archipelago made up of 33 small islands located between Saudia Arabia and Qatar in the Persian Gulf. In 1971, Bahrain declared its independence from the United Kingdom and then in 2002, they established themselves as its own kingdom. Known for its petroleum exports, they were the first Arab country to discover it in 1932. These 10 facts show what living conditions are like in Bahrain.

For Bahrain, its petroleum exports have benefited the economy as it results in 70 percent of the government’s revenues and 11 percent of its GDP. Along with its petroleum exports, they have heavily invested in tourism and financial sectors in its city in the past decades. Bahrain is a country that is on the up and coming, but it still needs to address water shortage in its future and discrimination toward women.