Tag Archive for: Unemployment in Japan 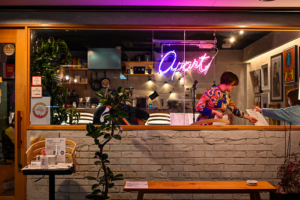 Reports at the end of May 2022 showed that unemployment in Japan had been on a decreasing trend for three consecutive months, with the job-to-applicant ratio rising for four months in a row to 1.23. Noting that, this country’s unemployment rate is also significantly lower than in many other wealthy states.

It is reasonable to imagine a harsh hit on job seekers everywhere as COVID-19 spreads globally. By July 2021, the pandemic had taken 22 million working positions away from people in advanced countries. However, many have figured out how to cope with the impact of COVID-19. Japan is a country that has done so.

On the one hand, Japan could not entirely escape the adverse effects on employment during the pandemic. In April 2020, approximately three months after China experienced the first significant breakout of COVID-19, the Japanese government ordered emergency acts that postponed many paid employment. Within a month, the unemployment rate in Japan rose by 0.1%, reaching 2.6%.

On the other hand, the Japanese job market started to revive and the unemployment rate in Japan has generally been decreasing since then, despite some ups and downs. According to MENAFN, by April 2022, Japan’s unemployment rate was 2.5%, even lower than it had been two years earlier.

Among all the members of the OECD, the unemployment rate in Japan is low and steady even in the pandemic era. The U.S. youth unemployment rate reached 15.1% in 2020 and the Euro area’s rate has never gone below 7% since the COVID-19 breakout. However, Japan’s unemployment has never exceeded 4% during that same period.

What Has Given the Japanese Job Market Relative Stability?

Japanese enterprises do not easily place the need of shareholders over employees’ welfare as they prioritize the long-term sustainability of the business instead of maximizing growth. Therefore, this resulted in fewer people losing their jobs as a result of the pandemic.

The social context of Japan is very different from that of Western countries. The Japanese working environment is very high-pressure. Twenty-two percent of Japanese workers had to work more than 50 hours a week despite the fact that the official working hour is 40 hours per week.

The Japanese government implemented effective measures to ensure its citizens’ job security. The government provided subsidies for employers. Subsidies paid for part of the compensation to the workers who had to go on leave, so the companies would not have to fire them. Additionally, the application process for the subsidies was easy.

One should note that people who are still holding occupations but are not practically working do not count as unemployed. For example, if an employer postponed some of his workers’ work (i.e. force them to take on leave), these people would not be unemployed. Thus, the employment rate indicator does not address many families with difficulties, according to Nippon.com

Overall, the pandemic affected the unemployment rate in Japan to a much smaller extent due to both Japan’s unique social background and the governmental effort. This rate is still steadily declining.