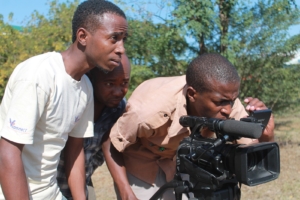 On August 23, 2022, Netflix announced that the Netflix Fund for Creative Equity was coming to Africa. Over the past few years, Netflix has endeavored to be a platform that supports marginalized groups that have underrepresented creators in the entertainment industry. The Netflix  Fund for Creative Equity was the result of the efforts. The scope of its work first covered the U.S.  followed by the U.K. and Canada, and now includes the African continent, beginning with Western and Central Africa.

Netflix launched the Fund on February 26, 2021. It was the result of a two-year research study by Netflix and Dr. Stacy L. Smith of the USC Annenberg Inclusion Initiative, a think tank that promotes research, advocacy and action for inclusion amd diversity in the entertainment industry. While great strides were occurring concerning gender equality, Netflix was lagging when it came to the representation of race, ethnic groups, the LGBTQ community and people with disabilities. As a result, Netflix provided $100 million for investment within the span of five years to create more opportunities for existing underrepresented creators and train new ones in the entertainment industry. The Fund also aims to support other organizations fighting for diversity inclusion by partnering up with them.

In 2022, $1 million is supporting qualified students from five media schools and universities focused on television and film production. The Netflix Creative Equity Fund provides the scholarship and has partnered with Dalberg, a New York-based international consulting firm to manage its implementation. The schools in partnership with the fund are located in four African countries. These include:

Media is a powerful tool that shapes and changes lives and Netflix understands this. It provides the platform to show what is and is not possible to the poor, the marginalized and the underserved and underrepresented creators from the groups must have the opportunity to tell their own stories. In this way, people can better understand others from all walks of life, including their struggles and what is truly necessary in the world to better shape it and change it.