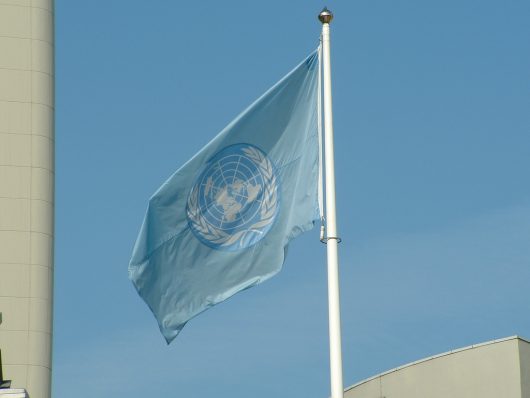 The funding will allow U.N. partners to respond to emergencies in Central Africa, benefitting aid operations in the Central African Republic, Chad and the Democratic Republic of the Congo (DRC). Rwanda will also receive financial assistance as it is hosting refugees from Burundi and DRC. In the Middle East, funding will boost relief operations in Yemen and Eritrea.

The funds, which began being released in August, bring CERF’s 2016 allocated funds to $150 million. Stephen O’Brien, U.N. Emergency Relief Coordinator, calls the release of these funds, “a lifeline for those caught in forgotten crises.” The global refugee situation has put a great deal of pressure on CERF to provide humanitarian aid to millions of people fleeing conflicts in unstable parts of the world.

CERF will allocate $9 million to the Central African Republic, which is home to one of the world’s poorest populations and was plunged into civil unrest when rebels seized power in 2013. Currently, the nation is undergoing a supervised transition involving a constitutional referendum as well as presidential and parliamentary elections.

Chad, which has been home to civil war, drought and famine for the past twenty years, will receive $10 million. Without a stable government authority, the nation has reached a climate of near anarchy. This has allowed terrorist cells like Boko Haram to exploit the impoverished and leaderless people of Chad and wreak havoc on the region.

The DRC will receive $11 million from CERF. There, tensions are high as political and religious leaders, activists, students and others have spoken in opposition to proposed changes to the nation’s constitution. The government in the DRC seeks to silence dissent through threats, violence and arbitrary arrests. In the east, dozens of militant groups operate despite committing numerous war crimes for which they have not been held accountable.

Rwanda will receive $5 million from CERF and has a history of ethnic strife that includes government-sponsored genocide where some 800 thousand people were exterminated by the dominant group in the mid-1990s. Today, Rwanda focuses on building an economy based on coffee and tea production. This is a country that seems to be on the rise and one that is home to nearly 145,000 refugees.

CERF will allocate $13 million to Yemen, a country on the brink of civil war as forces loyal to President Abdrabbuh Mansour Hadi are fighting against Zaidi Shia rebels known as Houthis. The Houthis forced the president to flee the Yemeni capital of Sanaa in February. Yemen is the Arabian peninsula’s poorest nation, and home to some 21 million people in need of humanitarian aid.

Lastly, CERF will allocate $2 million to humanitarian aid in Eritrea. Thousands of Eritreans flee the country each month as a result of what the U.N. is calling “systemic, widespread and gross human rights violations.” Eritrea requires indefinite military conscription in which people are subject to forced labor, arbitrary arrests are common, as is torture and degradation of prisoners.

These six nations are in the midst of deep conflict, and their people are suffering as a result. CERF exists to promote early action and response to reduce the loss of life, enhance response to time-critical requirements and to strengthen core elements of humanitarian response in underfunded crises. These regions in the world may not receive the news coverage that they deserve, but with CERF’s help made possible by your donations, they may receive the assistance that they need.