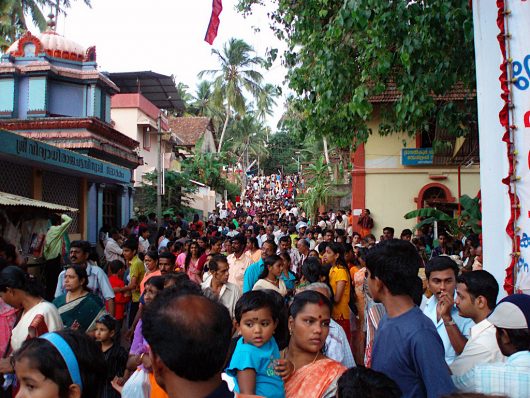 India is considered to be one of the foremost emerging economies in the world and has a rapidly growing Gross Domestic Product (GDP). Despite this, the annual Global Hunger Index (GHI) has put India at 100th place among 119 countries. This is a case where the GDP does not properly represent the country’s situation, as it is facing major wealth inequality. In India, the top 10 percent of the population control the country’s wealth, while the common people, more than a billion in number, fall along the lower end of the Hunger Index. The major causes of wealth inequality in India can be attributed to a large number of people in India being either unemployed or underemployed.

The country is experiencing poverty growth, as poverty will only increase with joblessness and lead to more hunger in the rural and semi-urban landscape. The hunger problem persists, despite the government spending to feed the people. In addition, this has prevented the country from allocating more fiscal resources toward infrastructure and other areas needed to develop the economy. Even with India having the world’s fastest-growing economy over the last three years, the problems persist.

It is not all negative though, as the undernourishment level and child mortality rate in the country has declined significantly since 1991, though the issues are still serious. The International Food Policy Research Institute said in a statement, “India was rated as ‘alarming’ in 2013 and has experienced an improvement in its GHI score over recent years. Since 2000, the country has reduced its GHI score by a quarter.” The statement continues on with, “India is making tremendous progress, but we have significant challenges ahead.”

In an attempt to address the causes of poverty and wealth inequality in India, among other countries, the United Nations declared a set of eight Millennium Development Goals (MDGs) at the start of the millennium, which they aimed to complete by 2015. After their inability to achieve this within the targeted date, the U.N. expanded and modified the goals to a total of 17 goals to be achieved by 2030, called Sustainable Development Goals (SDGs).

The first two of these goals, featured in both MDGs and SDGs, are the removal of hunger and poverty. Since becoming a quickly emerging economy, India has pledged to work toward these goals. It has been committed to achieving SDGs, focusing specifically on ending poverty. The Indian government believes that if poverty can be removed, hunger will go along with it. Malnourishment comes from the inability to procure food because of a lack of money, so India remains a country of constraints with its large wealth disparity.

If we hope to combat the causes of wealth inequality in India, we must improve the underemployment of India. The National Institutions for Transforming India claims that a “severe under-employment” is the main problem facing India. According to the Institutions, in order to combat underemployment, and thus reduce poverty, “what is needed is the creation of high-productivity, high-wage jobs.”