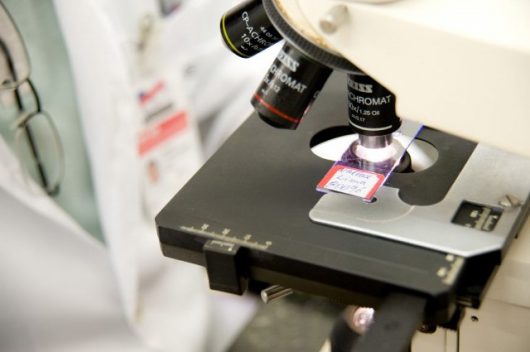 Thirty-seven million people throughout the world currently suffer from HIV. Researchers stationed in Chapel Hill’s University of North Carolina (UNC) hope to change this fact through the use of a $23 million grant awarded to researchers at the university’s Collaboratory of AIDS Researchers for Eradication (CARE) by the National Institutes of Health for their HIV cure research.

This award came after a rigorous application process, and supports the continuation of their ground-breaking work towards completely eradicating HIV through HIV cure research.

Curing HIV has eluded scientists for years due to the disease’s latent, but viral behavior. The sexually transmitted disease buries itself deep within the body and lies dormant for years, making it challenging to detect or diagnose in its early stages. And although treatments have been able to transform HIV into a benign chronic health condition, the virus still remains in the bloodstream.

CARE hopes to completely eliminate HIV from the body through a revolutionary method known as “kick and kill.” The strategy is a relatively recent development created by a small Norwegian biotechnology firm. The strategy is to not simply transform the AIDS-causing virus, but to completely extract and destroy the infected cells within the bloodstream, thus expelling HIV-laden cells from the body.

This method became quickly adapted by researchers at UNC. The $23 million grant serves as a refund for CARE, which was first funded in 2001 through its Martin Delaney Collaborations for HIV Cure Research program, the first funding effort to zero-in on curing HIV.

Professor of medicine at UNC and Principal Investigator of CARE, Dr. David Margolis commented, “I think we were refunded for several reasons. As we seek to both do discovery science and progress new therapies, our long-standing collaboration with Merck was extremely productive.”

Dr. Margolis is also optimistic in the strong alliances and partnerships CARE formed between other medical and research institutions such as GlaxoSmithKline (GSK), MacroGenics, Duke Human Vaccine Institute and Yerkes National Primate Researche Center stationed in Emory. Dr. Margolis states “these (partnerships) give us new tools to study viral persistence and clearance.”

Prospects for finding a cure to HIV remain bright, but while finding a cure is high on CARE’s radar, HIV prevention, education and treatment are also valuable and necessary to creating a HIV-free world.