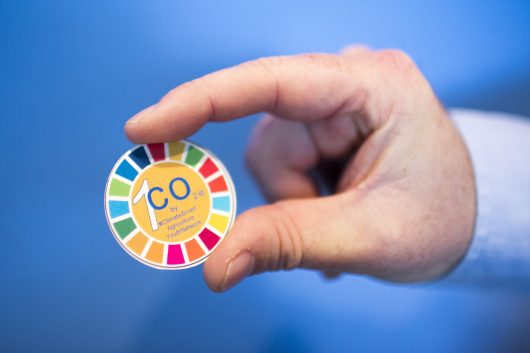 Since 2003, Sweden has worked to integrate policy for global development, in part of reaching the U.N. Millennium Development Goals. The development of this policy aims to address world poverty and hunger in the world, with the cooperation of other countries. In 2010, the United Nations World Food Programme (WFP) recognized Sweden for its efficient work and support in ending world hunger. Year-to-date, Sweden’s contribution to WFP funding has exceeded $100 million. Sweden’s global sustainable development plan is called the 2030 Agenda and focuses on “an equitable and sustainable global development” and working with states in order to achieve the U.N. Millennium Development’s goal of ending global poverty.

The stated purpose of Sweden’s global sustainable development proposal is “a common and long-term sustainable environmental, social and economic development, linked to fighting poverty and hunger and inequality within and between countries”. It aims to ensure a better future and education, especially for the world’s children. Sweden’s efforts will continue to “build broad and innovative partnerships” all across the globe.

The U.N. Millennium Development’s policy wants to “develop an open trading and financial system that is rule-based and non-discriminatory,” and addresses the world’s most poor. This policy urges collaboration with other countries, in order to reach an agreement “on a common agenda for global development,” to aid the world. The U.N. Millennium Development’s and Sweden’s global sustainable development policy states “it is vital that the policy for global development be coordinated clearly, in exactly the same way as when a coherent policy for environmental issues and equality between men and women” is developed.

Eradicating extreme poverty and hunger is not the sole purpose of Sweden’s global sustainable development policy. Other goals include ensuring environmental sustainability, such as clean water, and combating the spread of diseases such as HIV/AIDS. Sweden’s collaboration with the U.N. Millennium Development Goals creates a “concerted effort to improve the conditions affecting the lives of the poor” not just in their own country, but in countries around the world.

Since receiving recognition for their “outstanding support as a donor” of the WFP, Sweden’s global sustainable development has helped “where hunger is most acute.” Sweden has become one “of the first countries in the world to have a fully integrated policy” regarding global policy and development. Sweden’s global sustainable development policy has enabled direct efforts towards alleviating poverty, creating a better future for impoverished people around the world. 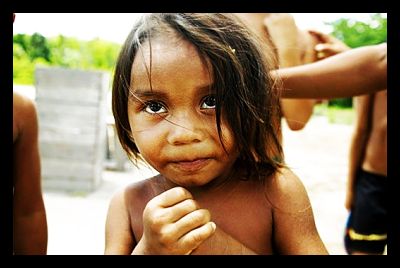 The Indian government is currently considering a special session of parliament to pass a bill on food security. While some dismiss the effort as a rather blatant ploy for votes by the ruling Congress party, the issue of food security is very real for the world’s second-most populous country.

The UN World Food Programme recently released a report on food security in the Indian state of Maharashtra that highlights the challenges for India as it seeks to push forward in its economic and social development. Maharashtra is one of the largest states in population and land area in the country. The state has varied landscapes, varied demographics, and is an excellent example of the complexities involved in Indian food security.

In both children and adults, improving the nutritional level can improve an individual’s productivity level. Given the implications such improvements hold for the overall development of a community, there are several programs working to reduce and prevent under-nutrition. Unfortunately, these programs are plagued by the problems of centralized implementation, often resulting in more affluent populations receiving aid over the populations most in need.

Availability, access, and absorption of food are also critical issues in Indian food security. Changing rainfall patterns in Maharashtra have created new challenges involving these aspects. Effective irrigation infrastructure and practices are notably lacking throughout much of the state, causing widespread low crop productivity. Low crop productivity, in turn, reduces a household’s income, limiting their buying power of food commodities they do not grow themselves.

Even when food is available, water-borne illnesses can drastically reduce the number of nutrients absorbed. Cleaner irrigation practices and modernized infrastructure are proven methods to improve the morbidity and mortality rates from these diseases, and a healthier population is a more productive population.

More effective irrigation is not the only infrastructure needed in Maharashtra. Road improvements are critical to improving food access in the region. Reliable roads not only open up economic opportunities but also serve to connect a rural population to health and education resources. This connectivity, particularly to educational opportunities, can help diversify rural economies away from a sole reliance on agriculture.

Women are also an important part of the successful implementation of food security and development programs in Maharashtra. Reducing and eliminating gender inequality is a top priority of the UN World Food Programme. In Maharashtra, women’s land ownership rights are particularly critical in integrating women into the food security solution.

Even with modest progress, the challenges facing Maharashtra and India as a whole are daunting. Government, private sector, and foreign investment in the implementation of responsible and sustainable development practices is critical. More critical, however, is the collaboration of the local communities receiving the aid. Without a comprehensive, collaborative approach, the many challenges of food security in Maharashtra and India could continue to afflict several future generations.