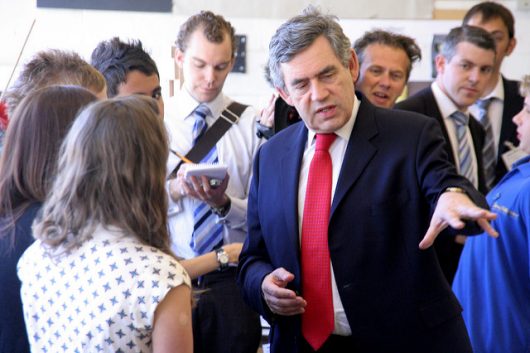 U.N. Special Envoy for Global Education and former U.K. Prime Minister Gordon Brown announced an emergency education fund, the Education Cannot Wait Fund, at this year’s World Humanitarian Summit in Istanbul. The fund, which hopes to raise $3.85 billion in the next five years, aims to ensure that the millions of children across the globe who are directly affected by emergencies are provided with an education.

What is Considered an Emergency?

Conflict or wars, natural disasters and health-related crises, such as the yellow fever outbreak, are all examples of emergencies.

How is Education Affected by Emergencies?

Children are often displaced or taken out of school due to emergencies and schools may be attacked or taken over by armed forces.

The number of children that do not attend school is alarming. The United Nations Educational, Scientific and Cultural Organization (UNESCO), along with the United Nations High Commission on Refugees (UNHCR), found that only 50% of refugee children are in primary school and 25% of refugee adolescents are in secondary school.

According to The Christian Science Monitor, 2.6 million Syrian children stopped attending school due to Syria’s civil war, 1,200 schools were closed and made into shelters in Iraq and an estimated 400,000 children in South Sudan withdrew from school.

The number of schools attacked or taken over — an estimated four each day, according to UNICEF — is also devastating. Attacks have also occurred in Afghanistan, Yemen, Nigeria and Palestine.

Why is an emergency education fund necessary?

Education received two percent of emergency relief funding, the smallest share of humanitarian funding, according to an Education For All Global Monitoring Report. Only 38% of aid requests for education are met, which is about half of the average for all other sectors.

“Without school, young children caught up in emergencies are at risk of becoming the youngest laborers in the field, the youngest brides at the altar, the youngest recruits vulnerable to extremism and radicalization,” said Brown at the summit in Istanbul.

Education contributes to peacebuilding and the rebuilding of damaged communities. Future generations will be disadvantaged if education is not prioritized in humanitarian response. Uneducated and unprepared citizens may struggle to contribute to their society’s recovery.

Additionally, an emergency education fund provides hope. Brown stated, “We believe that this fund will offer young people hope, because when we ask ourselves what breaks the lives of once thriving young children, it’s not just the Mediterranean wave that submerged the life best, it’s not just the food convoy that does not arrive in Syria, it is also the absence of hope; the soul-crushing certainty that there is nothing ahead to plan or prepare for, not even a place in school.”

The emergency education fund will support local NGOs, as they are able to provide education more cheaply and quickly than U.N. agencies or the World Bank.