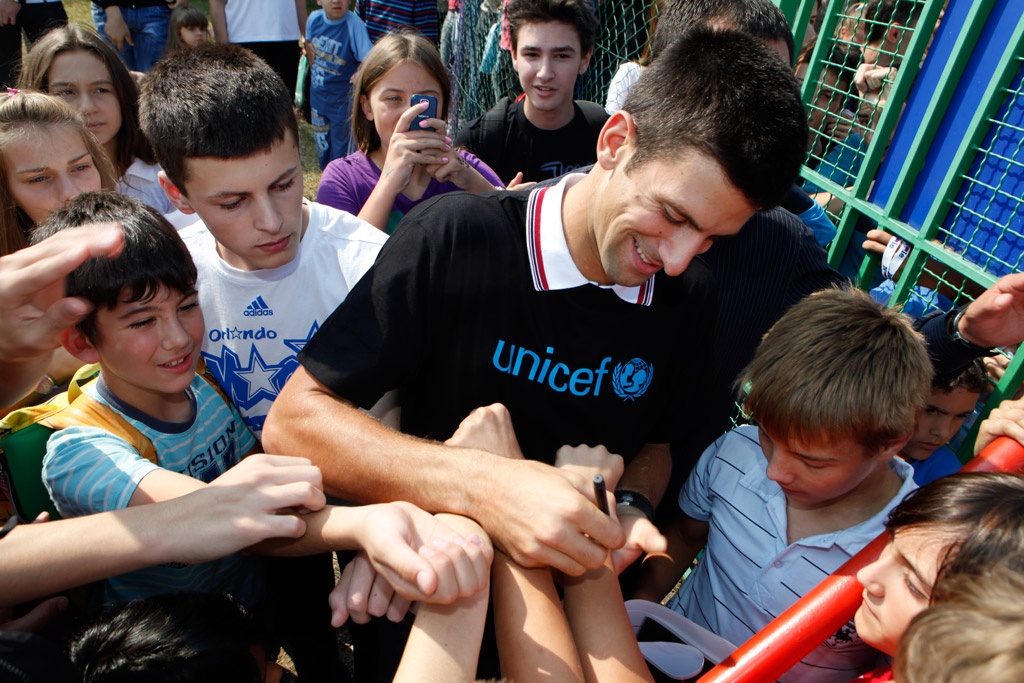 Novak Djokovic, the number one men’s tennis player in the world, has added a new honor to his list of accomplishments: United Nations Children’s Fund Celebrity Goodwill Ambassador.

Djokovic championed children’s rights for years before his appointment in late August. He previously served as UNICEF’s Serbia Ambassador, and his own organization, the Novak Djokovic Foundation, works to improve children’s lives in Serbia by cooperating with Serbian schools, local organizations and non-governmental organizations.

The Foundation “has focused its activities towards the improvement of conditions in which children in Serbia get education, grow up and play.”

Djokovic’s foundation and UNICEF work to uphold the United Nations’ Convention on the Rights of the Child. These rights include the ability to have access to services such as education. Djokovic joined UNICEF in 2011 as the Serbian Ambassador and has since visited Serbian schools with UNICEF.

“The early years of life are crucial. When well nurtured and cared for in their earliest years, children are more likely to survive, to grow in a healthy way, to have fewer illnesses, to develop thinking, language, emotional and social skills and become productive and successful citizens of society,” he said about his commitment to children’s causes.

Emma Watson recently revealed that she has been named the United Nations Goodwill Ambassador for Women. The 24-year-old English actress and recent Brown University graduate now joins the ranks of Nicole Kidman, who was named a Goodwill Ambassador in January of 2006. Watson earned her humanitarian stripes advocating for girls’ education in Bangladesh and Zambia. She will now be tasked with promoting gender equality internationally.

U.N. Women was created by the United Nations General Assembly in July 2010 as the United Nations Entity for Gender Equality and the Empowerment of Women. Its creation marked a broad understanding by member countries of the U.N. that gender equality remains a prominent issue of the 21st century. So far, U.N. Women has proved invaluable in terms of advocacy for the marginalized women of the world, helping to organize the Convention on the Elimination of All Forms of Discrimination against Women.

In an era where globalization seems to have reached its zenith and global scrutiny has extended its reach to all issues, the continued subjugation of women is somewhat an anomaly. U.N. Women seeks to expose and root out this anomaly through advocacy that above all promotes equality. As an organization it is keenly aware of the cultural and socio-economic inroads it stands to make if successful in its mission. Mainly though, it is seeking to shed light on the disproportionate treatment of the sexes while reckoning with the systematic change that must take place to bring balance to society on an international level.

Though Watson might be most well known for her ability to cast spells and navigate the halls of Hogwarts, time-turner and all, her ability to navigate the din of media attention will prove of tremendous value to U.N. Women. Despite the multitude of opinions with which the average listener is constantly inundated, celebrities remain able to convey their message to some of the largest audiences imaginable. Watson’s brand of celebrity is only second to few.