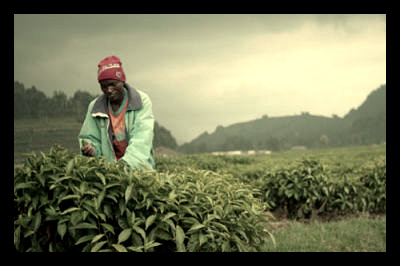 Following the termination of the UN Commission on Sustainable Development (CSD), the UN announced recently the formation of the High-Level Political Forum on Sustainable Development. The new organization seeks to supercede the original, which operated from 1992 to 2012, by incorporating more input from the scientific community and providing a centralized, direct interface between data and policy makers.

The CSD was ahead of its time when it was first created, but had major flaws. Representatives from and experts on topics under discussion were not included in key talks, and as such, solutions ranged from impractical to irrelevant.

Members of governing bodies with the power to enact the solutions that were feasible were not always in communication with the CSD, and the measures were not carried through with the necessary vigor. As these problems compounded, the CSD came to be little more than a subsidiary of ECOSOC.

Aware of the numerous faults, the UN commissioned a special report on the CSD’s failures and addressed each of them with the new Forum. Annual meetings will be structured to ensure constant attention, and every four years, an additional meeting will be convened with the aim of attracting the highest level policy makers to streamline the legislative process and make appeals for particular actions directly to those with the power to do so.

In the same vein, the Forum on Sustainable Development will seek greater integration between UN agencies, to give it the greatest possible reach and resources in tackling the broad problems that are its concern.

Most importantly is the UN’s commitment to seek out and utilize the expertise and knowledge of the scientific community. Environmental, biological, and social scientists will be looked to to identify and address the most pressing problems facing the globe; economists will be sought to consider the financial feasibility of all solutions and, indeed, the Forum itself, which will have its own independent budget to operate from.

As a central aegis under which the many (and incontrovertibly convoluted) disciplines can dialogue to tackle issues in the most efficient way, the Forum on Sustainable Development is itself addressing a major issue: the disconnect between information and policy.

Socially segregated from the much of the rest of the world, the work done by scientists remains stuck in academic journals and treatises, unless it contains enough flash and style to appeal to major media outlets. There is an argument to be made that if the general public was aware of the relentless pace of scientific progress in every field, and the severe constraints put on it by a scarcity of funding, favorable sentiment would increase dramatically.

None of this is set to happen until 2016, pending the announcement of post-2015 Development Goals, but the UN appears committed to making the Forum fully equipped to hit the ground running when its objectives are officially announced.

This swift action is a promising sign in an institution which has been known for sluggishness and irrelevance, and is one sign among many recently that Secretary General Ban Ki-moon is aware of the UN’s singular place in the contemporary world and the necessity for it to aim for the greatest possible goals.

If the bureaucratic cogs continue to churn at the same rate, the world will have a beacon of hope come 2016, and the coming years may vindicate the often-criticized Mr. Ban.