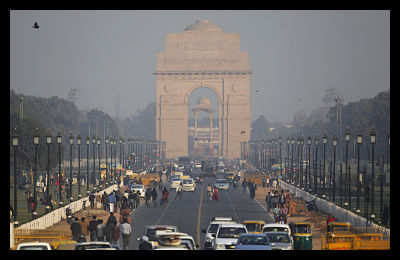 The breakthrough collaborative announcement by the United States and China on curbing greenhouse gases has sparked a global movement on climate change. For many years, international climate talks have been ignored by those who caused the problem of climate change. The United States and China remain the two largest emitters of carbon dioxide, and have now pledged to reduce emissions by at least 40 percent by 2030. With India on board with the global change, the movement would spark continual momentum.

A critical question is whether India will join the United States and China’s side in climate talks. India has become the third world’s largest emitter of greenhouse gases. The world needs India to join many other countries to help alleviate climate change; without India, efforts to tackle global climate change will be difficult. India must consider its investment in developing clean and renewable energies, and reconsider its investment on coal.

India and China share a common domestic problem; fossil fuels that cause climate change also create major air pollution. Over the years, air pollution has risen to harmful levels. The World Health Organization monitors for air pollution, and has stated that China and India’s cities failed the organization’s test for satisfactory levels of airborne particulate. This microscopic matter is believed to be one of the most deadly air pollutants for the human health. More than half of these cities also fail to uphold to their own specific standards.

The pollution shortens lives and is costly to China and India’s economic growth. As a result, many Chinese citizens have called for change. China’s leaders have responded by taking big actions on the global climate change, and should motivate India to do the same before the problem poses a bigger threat.

India could possibly follow China. India’s Prime Minster, Narendra Modi, has publicly acknowledged the recognition of the country’s severe pollution problem. Modi made a public announcement on his objectives to make air quality data accessible to the public. India has a reputation for investing huge amounts on coal. In the last five years, India has increased its coal power capacity by 73 percent. Moreover, India plants to double domestic coal production to one billion tons a year, by 2019, to fuel new plants and boost imports.

India’s air is among the world’s dirtiest, with largely unregulated and unmonitored coal plants. Unfortunately India’s decisions to invest big on coal plants kills up to 115,000 Indians a year, and costs the Indian people about $4.6 billion annually.

Many climate change advocates in India have expressed doubts following India’s Prime Minister, Narendra Modi’s, choice to not attend the United Nations Climate Summit to speak about the change.

The Green Climate Fund, which operates to redistribute money from the developed world to the developing world in order to assist developing nations in adapting to climate changes, have risen close to $10 billion in funds. Pledges to the fund come from the government of 22 countries; four developing countries were among the contributors.

If India makes amends to follow other nations in pledging towards helping the change, this will make its mark in history as one of the largest movements in confronting climate change. 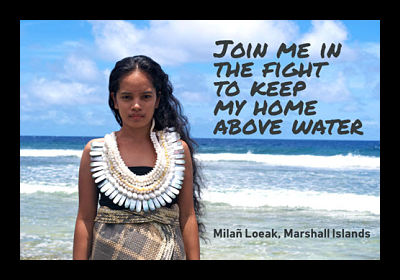 A group of Pacific Islanders has joined environmentalists in protesting climate change in Australia by blockading the Newcastle coal port, the world’s largest coal export terminal, with canoes, surfboards and kayaks. The members of island nations have come together in protest to attract scrutiny over Australia’s commitment to coal and its ultimate effect on the island nations.

The activist group, the Pacific Climate Warriors, is comprised of members from a variety of island nations, including the Marshall Islands, Fiji, Vanuatu, Tokelau, the Solomon Islands and Papua New Guinea. Although there has been an annual environmental blockade of the Newcastle coal port for many years now, this is the first time the blockade has been strengthened with a Pacific Islander activist group.

The blockade only acts as a minor delay for the ships, which are headed by police escorts. The ships are still capable of leaving the massive port that sees more than 4,000 ship movements annually. Demonstrating the serious consequences of climate change that has resulted in the imminent loss of their island homes, the protesters have chosen not to passively wait as their nations become submerged. Instead, they have decided to fight against climate change.

The evidence of climate change is already apparent to the islanders through coastal erosion and the rising sea level, forcing the relocation of whole villages and threatening the very existence of the Pacific Islands and especially the atolls that encircle the seaboards.

Earlier in the year, massive floods during the seasonal tides hit the Marshall Islands, engulfing the capital, Majuro, and forcing the island’s president, Chris Loeak, to declare a state of emergency. In addition to increasingly severe weather, the sea level is expected to rice seven feet by the end of the century, due to a melting ice sheet in Western Antarctica.

The protest follows the recent role the Pacific Islanders took at the United Nations Climate Summit in New York in September, demonstrating to the many nations present at the summit the actions the island states were taking to combat climate change.

The protests have targeted Australia in particular due to its contribution to climate change. As the second largest coal exporter with the highest carbon emissions per capita in the world, Australia is heavily reliant on coal-fired power stations that employ tens of thousands of workers, causing whole towns to be reliant upon the mines for their livelihoods.

In July, the conservative government, led by Prime Minister Tony Abbott, repealed a carbon tax on approximately 350 of the country’s largest polluters, depriving the government of an expected $7 billion over the next four years and requiring a new plan to reduce emissions that has yet to be seen.

Furthermore, a $16.5 billion project was approved over the summer to create what could possibly be the world’s largest coal mine. Despite the blockade’s physical ineffectiveness, the Pacific Islanders hope to amend the world’s apparent indifference to climate change.