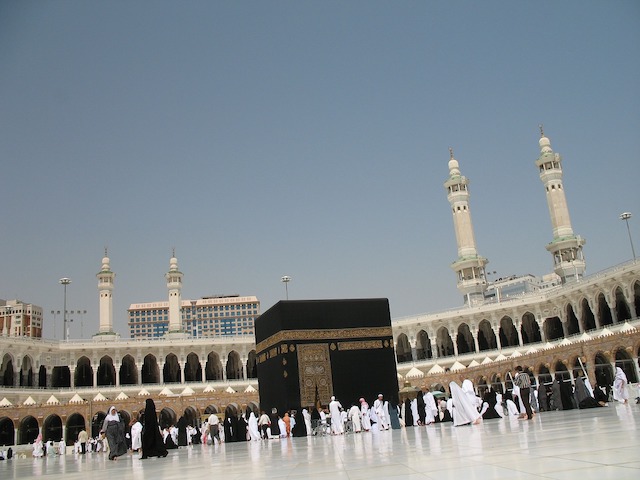 Mecca, the epicenter and fifth pillar of Islam, has hosted around 2 million Muslims in recent years. However, due to COVID-19, they had to downsize it in 2020. With 1.8 billion Muslims globally, Hajj is compulsory at least once in a lifetime. This year, the Kingdom of Saudi Arabia limited the annual pilgrimage to Muslim residents residing within the country. An estimated 1,000 Muslims attended in an unprecedented attempt to mitigate crowds and spread of the virus. The allotted amount of pilgrims grew to ensure Hajj continued despite COVID-19.

Umrah is a voluntary pilgrimage that Muslims can take at any point and often lasts only two hours. Millions perform it annually due to its short duration and low cost. It is different from the Hajj, which is longer and compulsory for all Muslims but often limited by physical ability and finances.

In March, Saudi Arabia reported its first confirmed coronavirus infection in the kingdom. A man who traveled to Iran, which at the time was the viral epicenter in the region, returned to Saudi Arabia and was quarantined immediately after diagnosis. The kingdom responded to the increasing rate of infection by suspending Umrah until further notice. As of August, COVID-19 has delayed visits to the holy sites of Medina and Mecca for Umrah regardless of residency, visa or nationality. Furthermore, travelers who possess an Umrah visa will not be allowed entry into Saudi Arabia.

The Hajj Continued Despite COVID-19

As of August 14, Saudi Arabia has had nearly 296,000 COVID-19 cases with an excess of 3,338 victims. As a result, Hajj, the main event of the Islamic faith, will see a dramatic downturn in 2020 — the first in decades. Saudi Arabia has 29 million residents, yet only 1,000 Muslims were initially allowed to attend this year’s pilgrimage due to the pandemic.

Muhammad Saleh bin Taher Benten, Minister of Hajj and Umrah, stated that the 2020 pilgrimage will be exceptional due to the pandemic. However, he assured that the area would implement strict precautionary measures to ensure that pilgrims remained healthy during Hajj. The country also went through an intense selection process with a period of quarantine required upon entering the holy cities. The quarantine was mandatory upon entry and exit. The Hajj continued despite COVID-19, but officials wanted to make it as safe as possible.

The annual pilgrimage officially ended on Sunday, August 2, with a larger turnout than expected. Therefore, Hajj continued despite COVID-19. Authorities allowed 10,000 pilgrims to enforce social distancing among local Saudis and foreigners that attended. Authorities ensured safety by requiring pilgrims to don a face mask and an electronic wristband to track their movements. Following the pilgrimage, health officials administered coronavirus tests, and they required all attendees to quarantine. Additionally, Saudi authorities ordered thorough sanitation of the site to reduce any risk of contagion.