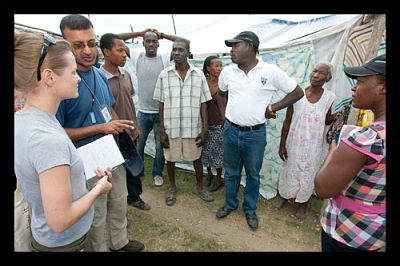 UMCOR helps communities which have been effected by natural disasters, war, or conflict. Although UMCOR is not a first response organization, its volunteers are always on high alert to help those in need. The United Methodist Committee on Relief aims to establish a “new normal” for the communities they are helping, and help each individual return to their everyday lives.

UMCOR has helped millions around the world and believes that each and every individual has God given worth and dignity, which is why the organization does not discriminate against race, religion, gender, or sexual orientation.

The organization helps communities recover from disaster and sustain their improvement. Volunteers remain in the communities after recovery has occurred to provide individuals with an education, training, and support. UMCOR also works towards preventing the spread of malaria and other health issues such as HIV/AIDS, maternal and child survival, water and sanitation, congressional health, and hospital strengthening.

The United Methodist Committee on Relief is an organization which is making great strides in global development and international aid. By working in over 80 countries, and providing individuals with an education, training, and support, UMCOR has become a leading organization in humanitarian relief.