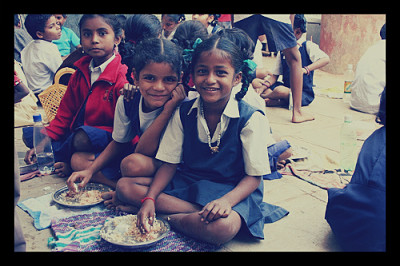 Based on a study conducted by UNICEF, 210 out of 1000 child deaths in the year 1955 were due to malnutrition. Although that number has since gone through a significant decrease (79 out of 1000 in year 2006), it remains a serious issue in developing countries that affects people of all ages and races. A common misconception about malnutrition is the belief that the main issue is not enough. Quality of food is just as important as quantity; many have access to food— but it is impossible to survive without proper nutrients needed by the human body. A specific subset of malnutrition, micronutrient deficiency is the lack of vital vitamins and minerals such as zinc, iron, Vitamin A, folic acid and thiamin.

PATH has recognized this problem and developed an answer to the deficiency: Ultra Rice is similar in consistency and taste to regular rice, enriched with all the necessary nutrients and flexible in form and adaptive to local dietary needs. A fairly recent invention, Ultra Rice has so far seen nothing but success in initial implementation programs; in Mexico, for example, women eating the Rice exhibited an 80% drop in prevalence of anemia. This is a crucial accomplishment, as iron deficiency cuts learning capacity and leads to thousands of maternal deaths every year.

Through inventive technology, PATH has discovered a way to create rice-like grains in pasta-making equipment and pack nutrients inside the grain; this way, they are much more stable through rinsing and cooking than are sprayed or dusted fortified rice grains. The cost effective method currently feeds around 65,000 school children in Brazil each day, its budget coming to less than US$0.50 per child and school year.

Because rice is the easily accessible, cheap everyday food of choice for nearly half of the entire world population, and is also recommended by pediatricians as a first complementary food, it constitutes the perfect vessel for delivering nutrients: consumers may continue with their diets as usual and do not experience any discomfort from switching over to Ultra Rice. Surveys show that over 80% of the targeted population do not oppose to ingesting the Rice.

Ultra Rice programs are currently employed in over 65 countries worldwide, sponsored largely by the Bill and Melinda Gates Foundation as well as other non-profit and private organizations and by the U.S. government. Efforts are currently being made in social marketing campaigns to reach more low-resource consumers worldwide. PATH is also working on developing a small-scale blender, which would allow impoverished communities to generate Ultra Rice in accessible, practical mills. In India, a local manufacturer has already been established, and is in the process of introducing the blend to school meal programs, endorsed by the World Food Programme.

The campaign has already reached commendable success worldwide since its start in 1997. Through field studies in Burundi and Cambodia, PATH is aiming to provide in the near future the basis needed to include the fortified rice on the approved U.S. food aid commodity list and expand further the use of the grain in several global programs.