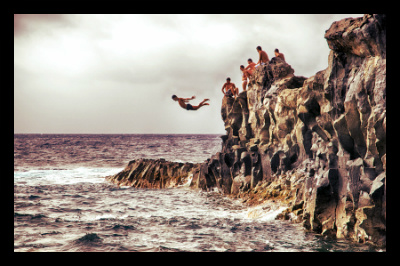 There’s no doubt that poverty is declining around the globe. But almost all of the gains have come from pulling up those just under the poverty line, rather than from those considered “ultra-poor.”

The ultra-poor and the poor, although both suffer from poverty, cannot be compared. The ultra-poor cannot send their children to school because they simply cannot afford it. They can’t take out loans or use banks because they lack the skills to do so. If they receive money or animals for free, they immediately spend the money and savor the food. The ultra-poor are in a trap so deep it’s almost possible to escape.

The ultra-poor have been in need of a new approach, a comprehensive solution that will train, prepare, challenge and ultimately bring them hope of a future with traction and sustainable success.

One such approach offers a viable solution. In 2002, the Bangladesh Rural Advancement Committee, an antipoverty group, started a program in Rangpur to help the severely impoverished “graduate” from poverty. The Ultra-Poor Graduation Initiative included the following key ingredients: money-making assets such as goods to start a store or land to plant seeds; training on how to use these assets as well as financial opportunities; a small regular grant of food or cash to provide time off from labor or begging to learn new skills; access to basic health services and frequent check-ins.

The program was complex and expensive. It required working with the families intensively for over two years. The results, however, were astonishing and worth the hard work.

Almost all the participating families changed their lives. A year after the program ended 97 percent were considered graduated; they had satisfied most of the basic indicators such as having cash savings, steady food sources, diversified income, a tin roof and latrine, among other things. Three years later the number was 98 percent.

Since then, 1.4 million households have participated in this program.

The Consultative Group to Assist the Poor at the World Bank along with local NGOs in India, Pakistan, Ethiopia, Ghana, Honduras and Peru have carried out similar, successful programs, focusing on people living on less than $1.25 a day.

Aid groups around the world have been refining the “big push” approach, a burst of intensely focused help for a limited period of time, for over 25 years. This concept isn’t ground-breaking, but the results of this study definitely are, showing that the positive effects of a well-designed “big push” approach can continue even after the program stops.

The most important effect from this study has been the improved mental state of those who participated. Many of the researchers have attributed the continual success of the families to the fact that they have found hope of liberation from the cyclical nature of poverty.