Tag Archive for: Ukraine’s IT and Software 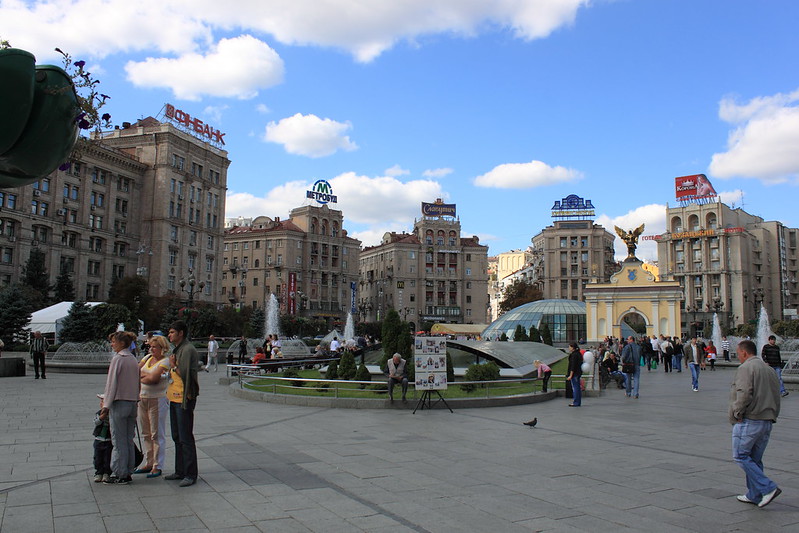 After the fall of the Soviet Union in the 1990s, many believed Ukraine would climb quickly up the economic ladder. Until recently, government corruption and political instability kept the country in a state of economic stagnation. Over the last two decades, however, the nation’s information technology and software development sectors grew rapidly, helping immensely to boost Ukraine’s economy.

People did not fully recognize the potential of Ukraine’s IT and software industries until 2011 after service exports nationwide exceeded $1 billion. This large revenue also helped the country gain its rank as the 26th most attractive country for outsourced tech services. The following year, the Ukrainian Hi-Tech Initiative conducted a report which ranked Ukraine among the top 10 countries with the most certified IT specialists. Out of the 250,000 Ukrainian IT specialists employed in 2014, over 40,000 of them were certified. Ukraine continues to gain global attention and its rapidly growing IT sector made it one of the most attractive nations for investors and venture capitalists.

The Ukrainian Venture Capital and Private Equity Association recorded that between 2013 and 2018, venture capitalist companies invested $630 million into Ukrainian tech start-ups. Lviv, another major IT city in Ukraine’s Innovation District IT park recently received a $160 million grant. The generous grant provided 14,000 new workplaces in the park. Among the workplaces were tech-labs, hotels and restaurants. This expansion created an array of employment opportunities, which helped to boost Ukraine’s economy even more.

The successful growth of these industries had so much impact that Ukrainian universities had to create specialized degree programs to cater to them exclusively. As of 2018, there were 13,836 students studying at universities with tech programs. Out of the 13,836 students, 5,000 will graduate with the skill-set needed to become IT professionals in Ukraine’s cluster of tech-centered cities. The IT Future Survey from 2018 indicated that 82 percent of all Ukrainian students wanted to pursue a career in IT or software development. To be specific, in 2017, the Lviv IT cluster launched four new tech programs including robotics, cybersecurity, business analysis and life safety. In addition, the cluster also opened four new innovation labs for IT students. The labs should help students master their skill sets in AI tech, machine learning, data science and an array of other cutting-edge technologies.

In recent years, the demand for Ukraine’s IT and software services increased exponentially. Consequently, this creates a demand for firms to buy real estate to house their growing businesses. A Cushman & Wakefield property market analysis indicated that in the first half of 2017, IT companies accounted for 50 percent of all office transactions in the city of Kyiv. Tech companies also account for 60 percent of all office rentals in Kyiv’s Gulliver Business Center, a major hub for the city’s tech industry. Other Ukrainian tech-hub cities like Lviv, Odesa and Kharkiv helped boost Ukraine’s economy through these same areas.

Ukrainian tech companies do a majority of their business through outsourcing services. A report conducted by the investment firm AVentures Capital indicated that at least 500 firms provided tech services to the global market. As of 2018, software development became the second largest export service in the world with Ukraine being responsible for 20 percent of those exports globally. With a current market growth of 26 percent, and between 160,000 and 172,000 Ukrainians being software and IT professionals, Ukraine boasts the largest and fastest growth of these industries in all of Europe. Experts speculate that services of this nature are well on their way to becoming the number one export in the country.

This growth helped boost Ukraine’s economy and has also provided Ukrainian people with employment opportunities from clients abroad without the direct involvement of their corrupt government systems. The exports of Ukraine’s IT and software services were worth $3.6 billion. In addition, outsourcing companies provided more than 100,000 software development jobs in the country’s IT sector in 2018.

SoftServe, an American outsourcing company, provided 6,000 employment opportunities for Ukrainian IT specialists. The firm also accepts 800 new recruits annually for a six-month training program. A recorded 70 percent of the program’s participants graduate to gainful employment in IT and software development. Moreover, for every software and IT professional that a company hires in Ukraine, four more jobs in various industries open from that one employment opportunity. The growth of these industries had such a large impact on Ukraine that tech companies can almost guarantee a steady inflow into the country’s economy within a few years.

Although Ukraine has a long road to becoming a fully developed country, its people have made impactful improvements over the last couple of decades. Despite the tireless oppression it faced, Ukraine proved that it has the potential to be a world superpower in innovation, creativity and technology.