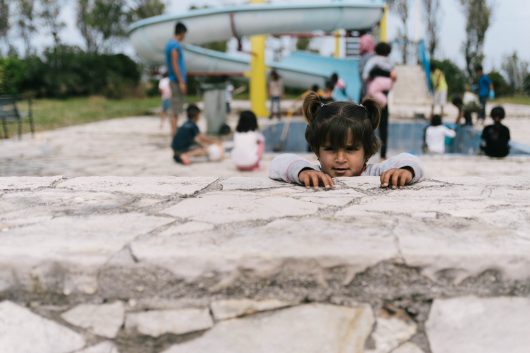 The conflict in eastern Ukraine has taken nearly 10,000 lives just since 2014, and the casualties continue to rise as the conflict becomes tenser.

Many of the refugees in Ukraine have been internally displaced – some have fled to cities that are actually close to the conflict like Kharkiv and Zaporizhia while others have left to their neighboring nations.

The 1.4 million internally displaced Ukrainians are victims of a hidden humanitarian crisis where families are displaced in run-down apartments or other vacant buildings instead of typical refugee. UNHCR has been providing shelter repairs for these internally displaced people after the damage in the eastern region. However, many are still without accommodation or have lost their homes.

Many of these Ukrainians fled to the Russian Federation. During the worst time of conflict Russia made a significant effort to assist refugees in Ukraine by providing housing and dispatching humanitarian convoys regularly. However, Russia recently has dialed back on their efforts and is accepting far fewer refugees. Ukrainians now flee to Belarus, Poland, and Germany where they find aid from various organizations such as the Ukrainian Samaritan Federation.

The Ukrainian Samaritan Federation has partnered with the ASB in Ukraine to provide assistance to the refugees. They have donated over $30,000 while aid has also come from seven other European Samaritan Associations.

These funds are meant to ensure that the refugees continue to have medical care, particularly for the injured activists. Refugees have also received over 200,000 food parcels as well as 4,000 winter aid parcels. The volunteers at SSU have spent countless hours providing relief supplies and have even provided safe shelter for many refugees.

In order to improve life back home, USAID has installed the Ukraine Confidence Building Initiative to create a more stable nation and provide short-term assistance to Ukraine in its transition to democracy. Assistance comes in the form of grants for goods, services and technical support to help communities to mitigate the effects of conflict in the east. The goal is to make this a stable and peaceful transition to resolve this conflict so that the refugees may eventually return to their homes and rejoin their families.