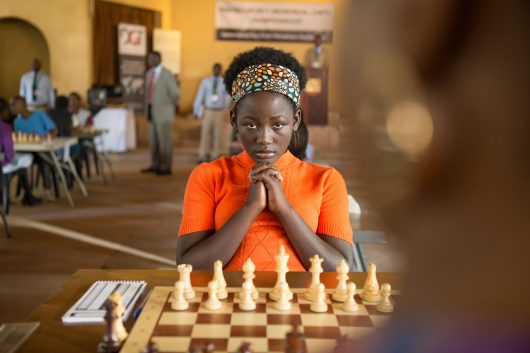 With a single chess board and a heart for change, Robert Katende launched Uganda’s Som Chess Academy in the Katwe slums of Kampala in 2004. Thirteen years later, the program boasts 13 different centers in varying parts of Uganda (one which focuses on children with disabilities), an impending expansion into neighboring Kenya, an estimated participant count of 1,400 and a world-class chess player in Phiona Mutesi.

The most attention has been gifted to the incredible story of Ms. Mutesi, whose rise from the slums of Katwe to the international chess arena has been featured in ESPN Magazine and Disney’s Queen of Katwe film. And understandably so—Phiona has been honored in various capacities, most notably as one of three “Women of Impact” at the 2013 Women of the World Summit. Her story is especially significant considering the relatively limited role of women in Ugandan society. Such a role ensures that the literacy rate for girls 15 years of age and older is cemented at 65 percent—a rate which is a full 18 percent lower than that of their male peers. Consequentially, Phiona’s success has paved the way for other women to also strive for their goals and meet their potential in spite of traditional gender barriers like minimized education.

However, the everyday successes of Uganda’s Som Chess Academy demand recognition as well. The program is completely free for its participants and provides tangible perks, such as meals, but it also provides something arguably more important: intangible perks, such as personal empowerment, something that is so incredibly significant for children who have very few opportunities to know their strength.

The program operates under the guidance of about 40 peer coaches who aim to not only teach chess but to teach it well—in 2015, Som Academy placed seventh in the national chess league—but to also teach life skills that focus on character development, goal-creation and leadership skills, too. Chess is only a vessel with which to facilitate these understandings; the strategy, mental discipline and adaptation required to play the game is translated into real-life usage as well.

Furthermore, the program actually enrolls participants in school and supports them throughout their academic endeavors, with several of the program’s graduates going on to higher education levels that would have otherwise been inaccessible to children entrapped in the cycle of slum poverty. In an environment where 31 percent of urban children aged 13 to 18 are not attending secondary school, a free program that empowers and ultimately pushes such children into the educational system is truly an incredible gift to a deserving community.