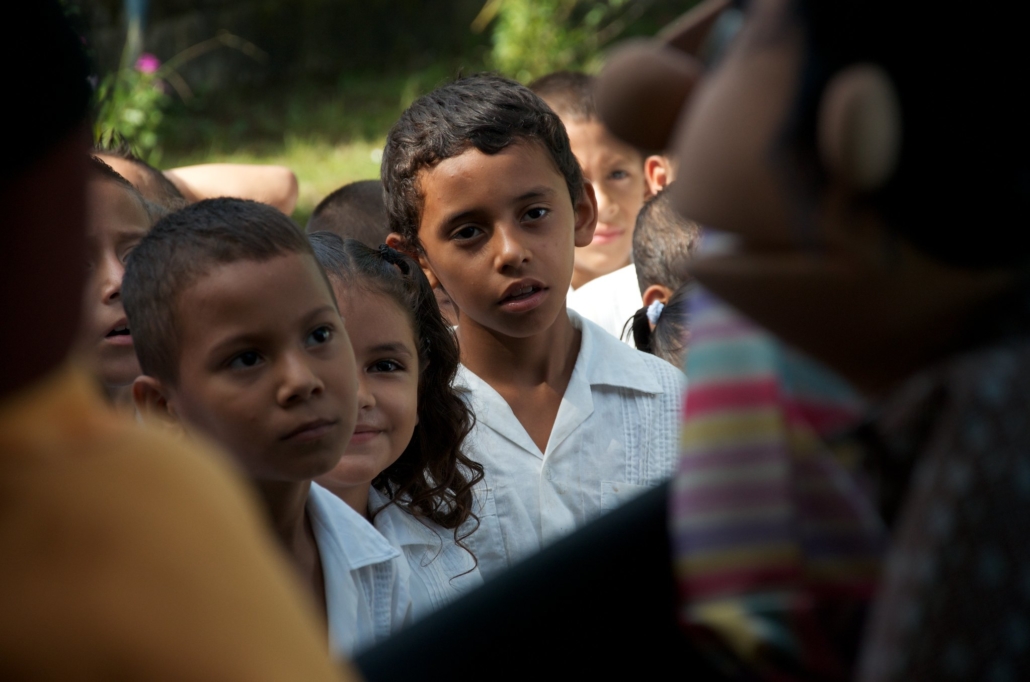 Government corruption, drug-related crimes and poverty are three factors that reinforce each other and perpetuate the fragility of rule of law in Honduras. Poverty in Honduras remains a major concern, as around 48% of its population (more than 4.3 million people) live below the national poverty line, according to the World Bank. Meanwhile, the country is also a key transit point for drugs bound to the United States from South America, said the U.S. State Department in its 2022 International Narcotics Control Strategy Report. A culture of impunity also prevails, with corruption and abuse marring the country’s judiciary and police, according to the 2022 World Report by Human Rights Watch.

The good news is that while these problems continue to plague the scenic Central American country, several local and U.S. institutions are working together to develop strategies aimed at improving the rule of law in Honduras.

Factors Undermining the Rule of Law in Honduras

In Transparency International’s Corruption Perceptions Index, the Honduran government received a transparency score of 24 out of 100. A score of zero means highly corrupt and 100 is very transparent.

Misconduct, common among police officers and other low-ranking officials, reaches the country’s highest level of government as well. For instance, in 2022, the U.S. government extradited Honduran President Juan Orlando Hernandez for drug and weapons trafficking charges.

Corruption plays a part in continual poverty by misappropriating the funds intended for the delivery of essential services for the citizens of Honduras. Notably, in 2018, corruption in Honduras was more than $2 billion, or 12.5% of the nation’s GDP.

The Association for a More Just Society says that without a strong government to enforce the rule of law in Honduras, criminal organizations grow in power and influence. As a result, corruption and poverty keep deepening.

Efforts to Uphold Rule of Law in Honduras

In response to a $300 million embezzlement scandal from 2014, the Honduran public called for the president’s resignation. They also demanded the creation of a national anti-corruption agency.

To address the public outrage, the Honduran government collaborated with the Organization of American States (OAS). This collaboration led to the creation of the Mission to Support the Fight against Corruption and Impunity in Honduras (MACCIH).

The MACCIH began operations in 2016 and was fairly successful. It arrested and convicted many high-ranking government officials implicated in the embezzlement scandal. It also fired 40% of the police force under suspicion of corruption. However, after four years, the MACCIH’s mandate ended following a disagreement between the Honduran government and the OAS.

The MACCIH’s shutdown also led to the end of the Special Prosecutor’s Unit against Impunity and Corruption (Unidad Fiscal Especial contra la Impunidad y la Corrupción) or UFECIC. UFECIC and the MACCIH were working closely in investigating corrupt networks.

An additional complication to addressing the fragility of rule of law in Honduras is a new penal code, the Washington Office on Latin America said. The new code reduces sentences for corruption and drug trafficking-related crimes.

Indeed, the controversial new code led to the acquittal of 14 officials implicated in the 2014 embezzlement case. Beneficiaries of the controversial code also include those convicted of misusing government money. Under the new code, those sentenced to less than five years have the possibility to reduce their sentence if they can repay the stolen funds. The new penal code went into effect in June 2020.

Onward and Forward: The Path to Strengthening the Rule of Law in Honduras

Despite the setbacks, several activities aimed at reducing the fragility of rule of law in Honduras persist. One such initiative is the Justice, Human Rights and Security Strengthening Activity (Unidos por la Justicia). This project, which USAID launched in 2016, operates to: instigate institutional reform, increase access to justice and civil society, increase policing and empower women to combat gender-based violence.

Additionally, the Biden Administration has pledged $4 billion over four years to address crime, poverty and corruption in Honduras and its neighboring states El Salvador and Guatemala. The move is part of the “U.S. Strategy for Addressing the Root Cause of Migration in Central America” plan.

This funding led to the founding of the Effective Justice to Combat Criminality and Corruption Project (JECCC), a U.S.-backed project seeking to collaborate with and expand on the efforts of Unidos por la Justicia.

In the past, the United States gave funds directly to the central government and Honduran law enforcement. However, to avoid funneling money into corrupt institutions, the new protocol prioritizes NGOs working toward improved education, agriculture and women’s rights.