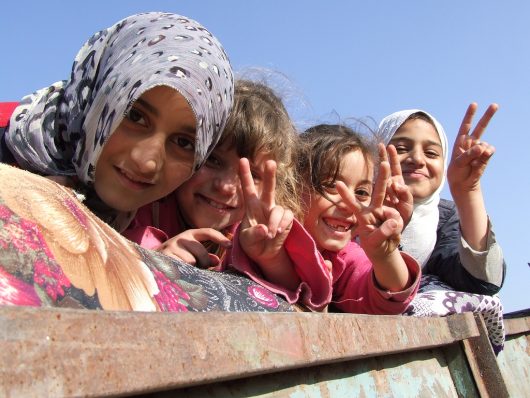 The hardships that the West Bank and the Gaza Strip has suffered throughout its history are no surprising news to the rest of the world. However, through strong relations, the U.S. benefits from foreign aid to West Bank and Gaza, as well as provides help to communities in need. This foreign aid allows this region to regain its footing and provide for the wellbeing of its people.

Since 2009, the United States Agency for International Development (USAID) has provided over $400 million towards promoting economic growth and basic humanitarian needs for the Palestinian people.

The conflict and strife in Syria and the Middle East has impacted more than 500,000 Palestinian refugees and caused them to relocate and search for help through other means besides their own government, who could not provide for them.

In fact, there was a 57 percent increase of humanitarian assistance to provide enough medicine and food for the refugees. This raise can be attributed to funds supplied through another more condensed program — the United Nations Relief and Work Agency (UNRWA). This program is designed specifically for providing aid for Palestine refugees and people located in the near East.

However, the USAID and the UNRWA have begun to evolve into much more than simply welfare relief for this region. The long-term goal of relations with the West Bank and Gaza is primarily to achieve a lasting solution for the conflict between the Israelis and Palestinians.

Through foreign aid provided to the West Bank and Gaza, three major U.S. policy priorities of concern to Congress are being addressed:

This positive relationship increases opportunities between the regions, and ensures that the U.S. benefits from foreign aid to West Bank and Gaza. Allocating funds to countries in distress also encourages positive relationships with the United States that benefit both countries in the present, and safeguards the United States and its allies abroad.

“Global threats like Ebola and ISIS grow out of poverty, instability and bad governance. Working to counteract these with a forward-leaning foreign aid policy doesn’t just mean saving lives today, but sparing the U.S. and its allies around the world the much more difficult, expensive work of combatting them tomorrow.”

The Future of the Funds

Due to concerns raised by Congress, the funds go through an extensive vetting process and yearly audits to ensure the money goes towards causes to benefit the country and avoid Palestinian terrorist groups such as Hamas.

The U.S. benefits from foreign aid to West Bank and Gaza in a multitude of ways; however, USAID and UNRWA continue to explore more methods of aid in order to continue their positive relationship with this region of the world.