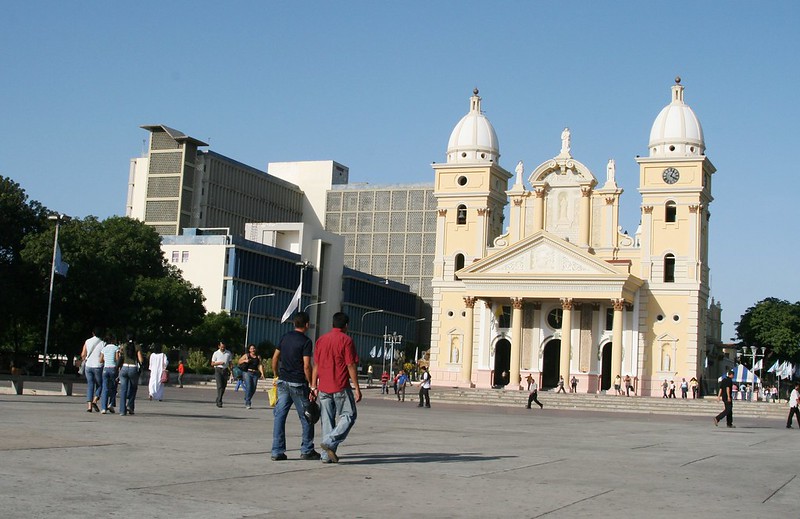 Governments may not always be straightforward with the way “freely-given” humanitarian aid to other countries is repaid. Many times, in exchange for helping another country solve a financial crisis or rebuild from a natural disaster, the benefactor receives greater access to resources or stronger political alliances with the country benefiting from aid. The ways the U.S. benefits from foreign aid to Venezuela has changed because the political turmoil turning Venezuela on its head is putting strain on the United States government.

According to the U.S. Department of State, assistance from the United States to Venezuela is focused mainly on human rights issues, civil services and building up the strength of political interests in the area. One main interest in Venezuela is building a strong counter-narcotics network in the region, but recently the USDS has reported that Venezuela has failed to maintain the network to adequate levels.

Politically, this demonstrates the inability for the Venezuelan government to control its national defense programs, which became even more obvious after a presidential election putting Nicolas Maduro in charge, an action widely disputed for its legitimacy.

According to CNN, a major reason for this election and presidential cycle being so tumultuous is due to a decline in Venezuela’s economy, which is one area wherein questions arise about the way the U.S. benefits from foreign aid to Venezuela.

Another article from CNN Money states that the Venezuelan crisis spreads further than just a loss of democracy; it spreads to the pockets of the people as well. Venezuela’s cash revenue has fallen from $30 billion in 2011 to $9.9 billion in 2017. That drastic of a drop is causing a humanitarian crisis disproportionate to Venezuela’s economic capacity.

The U.S. and Venezuela

This being said, the United States remains one of Venezuela’s largest suppliers of goods. According to the U.S. Department of State, the U.S. exports nearly $8.3 billion to Venezuela include agricultural products, car parts and petroleum. In return, the U.S. imports a large number of oil products from Venezuela, totaling around $15.6 billion. However, this number has declined since the price of oil fell, causing an economic shift in Venezuela’s market.

This occurrence, along with a cash-poor economy, has pushed Venezuela into a crisis situation. With food being harder to get and inflation through the roof, humanitarian aid to Venezuela is going to increase in the next few years — that is, if the rest of the world wants to help stabilize the country.

The way the U.S. benefits from foreign aid to Venezuela is going to change. As long as political alliances don’t shift too far from their current position, there is a high chance that the U.S., through increased humanitarian efforts and support for the agricultural and healthcare systems in the country, can help Venezuela recover before the nation degrades any further.