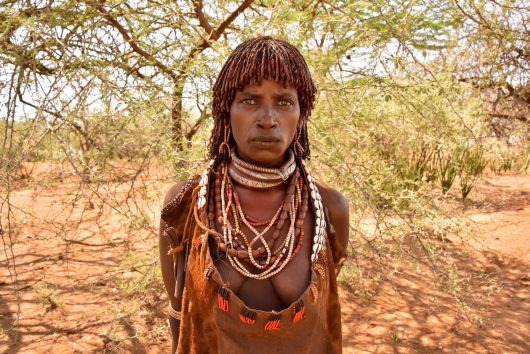 One of the crucial details to understand about foreign aid is that it benefits America as well foreign countries. Over the years, America has done a lot to contribute to struggling countries and provide them with the life-saving help and supplies they would not have otherwise.

Through this progress, America has seen benefits in disease control and the prevention of pandemics, country stabilization and national security. Consequently, foreign aid to different countries and regions across the world benefits not only the foreign countries the aid is going to but also America itself. To narrow the topic down, here are a few instances of specific U.S. benefits from foreign aid to South Africa.

By aiding countries in need, America upkeeps its values and leadership by responding vigorously in times of distress. For example, after the Horn of Africa drought and consequential famine in the year 2011, the U.S. provided $740 million to Kenya, Ethiopia, Somalia, South Sudan and Sudan. America ensured its reliability as a strong and generous country by providing aid to these struggling foreign areas.

National security interests are yet another way the U.S. benefits from foreign aid to South Africa. Terrorist activities have taken place close to South Africa, including Somalia and Mali, and there has been a potential danger of Boko Haram on Nigeria, which is one of the United States’ main trading partners in Africa. Due to this, the U.S. has essential national security interests existing in that region.

The State Department handles U.S. national security interests by providing funding for counterterrorism partnerships among the U.S. and African militaries, in addition to providing training for African soldiers to practice peacekeeping missions in countries such as Somalia, Sudan and the Democratic Republic of the Congo and Liberia. So, providing such aid enables America to keep peace within their counterterrorism partnerships and as a result, helps protect America.

Economic trade is an important part of any country’s development. According to Brookings, Sub-Saharan Africa has substantial economic potential. From 2001-2010, six of the economies that proved to be growing the fastest were in this African region. This has opened up trading opportunities between the U.S. and Africa.

There are numerous U.S. benefits from foreign aid to South Africa and other struggling countries. By giving these countries assistance in times of distress, the U.S. has directly gained from such partnerships. Stimulating South Africa’s development provides trading opportunities, national security, humanitarian and other benefits to America.

Without foreign aid from America, places like South Africa would have little ability to grow, develop and become self-sufficient. It is imperative to understand the benefits that come directly to America from such foreign aid to ensure that efforts abroad continue. Foreign aid has proved to be an essential part of America’s diplomatic and security relationships, and the U.S. truly does benefit from such assistance.