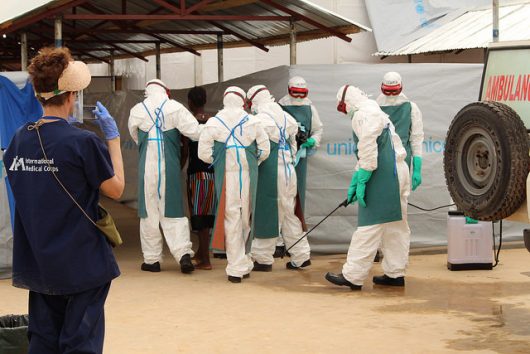 In May 2014, West Africa was struck by a deadly Ebola epidemic. By the epidemic’s end, more than 11,000 people had lost their lives and close to 28,000 total cases were reported. Among the West African countries most affected was Sierra Leone. Prior to the May 2014 outbreak, the Sierra Leonean economy was growing rapidly and democratization had begun to wash over the country.

Although the Ebola epidemic seriously stunted economic growth for a time, Sierra Leone has begun to vigorously bounce back. In addition to domestic reform, continued aid from the U.S. has aided greatly in improving the lives of Sierra Leonean citizens. However, this aid is not one-sided; the U.S benefits from foreign aid to Sierra Leone as well.

According to U.S. foreign assistance statistics, Sierra Leone will receive $14.4 million in foreign aid from the U.S. in 2019. The majority of the aid will focus primarily on providing medical care for those affected by malaria. Even though malaria continues to be a major issue in Sierra Leone, the overall mortality rate attributed to malaria cases has fallen dramatically in recent years. Sierra Leone has pledged to reduce malaria-based infections by 40 percent by 2020.

If this goal were achieved, Sierra Leoneans would see increased life expectancy, a lower infant mortality rate and fewer cases of pregnancy complications in women. Increasing resistance to epidemics like Ebola or infectious diseases like malaria is a key way in which the U.S. benefits from foreign aid to Sierra Leone. The risk of regional epidemics becoming global ones is of great importance to ensuring global security and health.

Sierra Leone has seen progress in its democratic institutions since the end of a brutal civil war in 2002. In 2007, Sierra Leone experienced its first peaceful transition of power since the conflict through a democratic election. Approximately $2 million in U.S. foreign aid will be directed towards encouraging democracy, respect for human rights and good governance. Strengthening ties with another democratic ally in West Africa is one way that the U.S. benefits from foreign aid to Sierra Leone.

Sierra Leone’s poverty rates remain quite high and the majority of those living in poverty are girls and women. Due to stagnant economic growth during the Ebola epidemic and traditional cultural norms, women have been denied access to high-quality healthcare and education. As the Sierra Leonean government continues to root out entrenched corruption and institute economic reform, poverty rates across the country have begun to slowly decline.

Trade a Major Way the U.S. Benefits from Foreign Aid to Sierra Leone

Bilateral relations between the U.S. and Sierra Leone remain relatively strong. According to the State Department, “U.S. exports to Sierra Leone include transportation equipment, agricultural products, machinery and chemicals, while its imports from Sierra Leone include minerals, metals, machinery and agricultural products.” Having a strong economic partner in Africa increases the U.S.’ competitiveness with countries such as China, who has been investing heavily in Africa in recent years. Having a strong partner in trade is another way that the U.S. benefits from foreign aid to Sierra Leone.

With the Ebola crisis in Sierra Leone contained and the country experiencing economic growth, the future looks quite bright for the small West African country. To see continued progress in strengthening its ties with Sierra Leone, the U.S. must continue to pledge its support in the form of foreign aid.