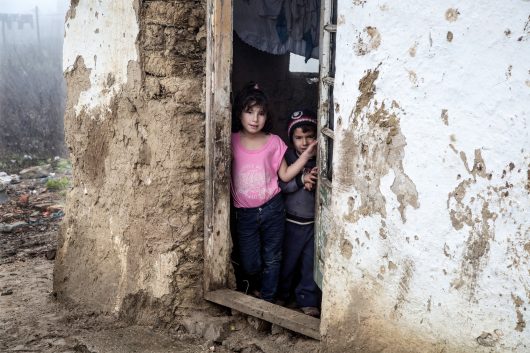 Romania is a relatively small country in eastern Europe that is bordered by Ukraine to the north, Hungary to the west, Moldova to the east and both Serbia and Bulgaria to the south. Romania’s population in 2017 was 21.5 million, ranking as the 58th largest country in the world in terms of population. Romania joined the North Atlantic Treaty Organization (NATO) in 2004 and the European Union in 2007.

The projected amount of aid that will be allocated to Romania from the United States’ budget for foreign assistance is $1.5 million in 2019. The breakdown of how this money will be utilized shows that the majority of it is being earmarked for military aid to troops in nearby regions, according to foreignassistance.gov. Information shared on this site further clarifies the importance of U.S. government aid to Romania and specifies which organizations and departments receive funds, such as the Peace Corps. The information provided shows how funds are used; however, the connection between the purposes of the funding and how the U.S. benefits from foreign aid to Romania is not quite clear without examining the issues from a broader perspective.

Romania is considered to a be a key partner in NATO and allows the U.S. access to military facilities both for training purposes and for closer proximity to nearby regions to the south and east of Romania that are experiencing instability. Currently, Romania is “hosting deployment of the U.S. ballistic missile defense capabilities under the European Phased Adaptive Approach”, which is what constitutes the United States’ contribution to NATO’s ballistic missile defense. Romania is also promulgating stability and greater cooperation among its neighbors by working on improvements in areas of defense, law enforcement, energy, economic development, environment and democratic values in this particularly sensitive area of eastern Europe.

The U.S. benefits from foreign aid to Romania in part because Romania has played a major role in aiding U.S. forces to weaken the Russian threat to American soil and elsewhere in Europe. Planned assistance will therefore be partially devoted to Romanian military modernization efforts, which also serves to strengthen its relationship with the U.S. and other nearby countries. Furthermore, Romania has a prior history of providing aid when needed to Afghanistan, Kosovo and Bosnia and Herzegovina. The country’s willingness to do so is evidence of its standing as a peaceful, forward-thinking ally and worthy member of NATO.

While also addressing the sensitivities regarding the less stable regions surrounding Romania, the country of Romania and those who offer foreign assistance simultaneously work to diminish the threat of Syria, Russia and other potentially hostile nations by creating more partnerships through such benevolence. The end result is ideally improved conditions for Romania and surrounding countries. This is achievable through international efforts to work together to achieve stability, progress and modernization. A better quality of life naturally weakens hostility and thus serves as an intelligent defense for those who have the upper hand. Thus, the U.S. benefits from foreign aid to Romania, while serving the international community at large as well.