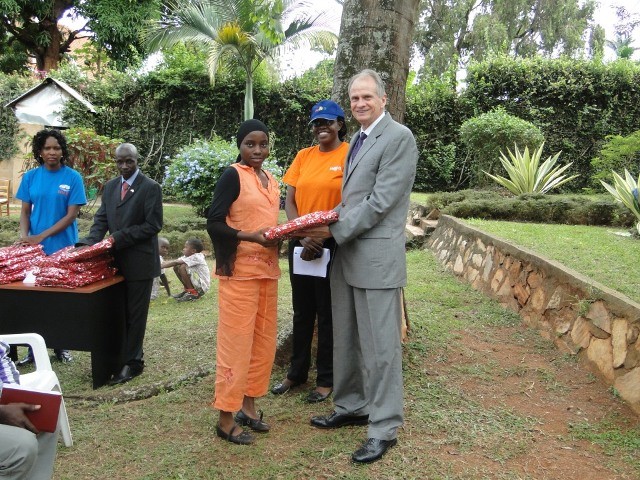 The world has seen an incessant cycle of violent conflict, famine and environmental catastrophes in recent years. These events have caused an increase in refugees and displaced people to a number that human history has not seen before. To date, a record 70 million people worldwide are displaced. A significant question is how the United States can help refugees.

U.S. refugee policy has historically set the standard for the rest of the world. However, modern policy has not evolved to meet the growing crisis at hand. It is crucial to continue the search for an adequate policy to end the push factors causing the refugee crisis and improve the quality of life for displaced people. The United States can accomplish this goal in two ways: by expanding upon existing humanitarian assistance and restructuring the United States’ current humanitarian system.

How the United States Helps Refugees and Displaced People

The United States has implemented a number of programs to improve the lives of refugees around the world. One such program is the Julia Taft fund. This program supports projects aimed at assisting refugees or refugee returnees to become self-sufficient in ways that are beneficial to their host communities. The fund provides financial assistance to local NGOs, community-based and faith-based organizations that seek to ameliorate the lives of refugees by improving economic conditions in their host communities.

With the support of the Julia Taft fund, the U.S. embassy in Chad helped open a salon in collaboration with a local NGO. The salon opened in April 2019, aims to reduce sexual violence against refugee women in urban areas. The 12 women selected for the project participated in an apprenticeship at a local salon and now have the skill set necessary to run their own business. This example demonstrates that the United States can use the fund to increase the self-sufficiency of displaced people while bringing value to the economy of the local host communities.

The implementation of programs, such as the Julia Taft Fund, demonstrates how the United States can help refugees. This fund provides refugees with the tools to be self-sufficient while also benefitting local economies. In order to continue and expand programs such as this, the U.S. must increase funding and the efficiency of its humanitarian aid delivery system. The United States sets the standard for humanitarian assistance to refugees. The United States must modernize this system for the benefit of global stability and national security.

How the United States Can Better Help Refugees and Displaced People

Increasing the capabilities of the United States humanitarian aid delivery system is crucial to managing the growing number of refugee crises. It is important to ask how the United States can help refugees and what the U.S. can do better to address this issue. The U.S. needs to empower its humanitarian organizations with increased funding and a sound organizational structure in order to address the changing needs of displaced people around the world.

In order to achieve a more efficient and influential U.S. humanitarian system, it is important to maintain and gradually increase funding to the State Department and USAID. The Trump administration is proposing cuts to both of these state entities. The proposed cuts would reduce funding by nearly one-third, from $8.7 billion to $6.3 billion. This potential decrease in funding would cripple the United States’ ability to effectively address the causes and mitigate the effects of refugee crises.

A well funded and autonomous USAID would be better equipped to implement humanitarian response programming for displaced people and their host communities. The State Department’s Bureau of Population, Refugees and Migration would simultaneously remain an independent entity focusing on policy and diplomatic responses to refugee crises. This structure would act to create a cohesive diplomatic and humanitarian response to the growing number of crises that impact people around the world.