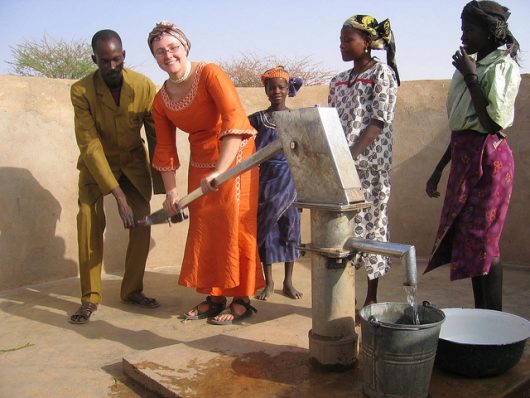 Within the U.S., there is a misconception of the amount of foreign aid given to developing countries. Some Americans believe the government gives up to 25 percent of the budget, but less than 1 percent gets put towards foreign aid. Niger relies heavily on U.S. aid and from additional U.N. agencies; 45 percent of Niger government’s FY 2002 budget comes from foreign aid. The U.S. benefits from giving foreign aid to Niger because of the positive image and the fiscal and potential foreign policy opportunities.

Niger and the U.S. relations

Niger and the U.S. have maintained a diplomatic relationship since the 1960s. The U.S. is a principal donor to Niger, giving up to $10 million yearly in aid, along with helping to coordinate policy in matters like HIV/AIDS and food security. The U.S. benefits from giving foreign aid to Niger because of Niger’s involvement in the Economic Community of West Africa, a program the U.S. maintains a trade and investment agreement to. Along with this program, there is a bilateral investment agreement the U.S. and Niger share with each other.

Being one of the poorest countries in Africa, Niger’s economy relies heavily on agricultural production, which is continuously interrupted by extreme heat and droughts. From June to August in 2010, Niger’s crops were destroyed due to the heat, which caused a famine where almost 350,000 people were facing starvation. International food aid was provided when Niger citizens began suffering from malnutrition and respiratory diseases that sickened many children. In addition to international food aid, U.S. foreign aid aims to improve food security, maintain peacekeeping methods and increase healthcare services. With the Millennium Challenge Corporation compact, which began in January 2018, $437 million will be given to enhance Niger’s agricultural capabilities by increasing access to water, roads and markets. Additionally, Niger is one of six other countries that are involved in the Security Governance Initiative, a program that is labeled as a Counterterrorism Partnership Fund.

With programs and partnerships that the Niger and the U.S. participate in, Niger benefits from foreign aid because it is representative of their yearly budget and allows them to develop more resources to eventually become more self-reliant. In addition to providing aid, the U.S. additionally benefits from foreign aid to Niger. Microsoft founder Bill Gates explains how the U.S. benefits from foreign aid: “The 1 percent we spend on aid for the poorest not only saves millions of lives, it has an enormous impact on developing economies – which means it has an impact on our economy.” This shows that giving aid to third-world countries will positively affect the image of the U.S. and the economy. 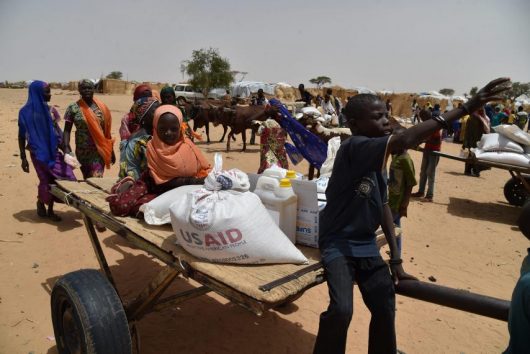 In a January 2018 report, Reuters writes of Niger’s increasing issues with terrorist activity. The report states that Nigerien military personnel were attacked by suspected Boko Haram militants “in an area plagued by attacks by the Islamist militant group during its eight-year-old bid to create a caliphate in and around its Nigerian base.”

In recent years, attacks such as these have plagued Niger and lead to growing extremist activity. In the case of Niger, Boko Haram has been the largest opponent of the Nigerien government’s forces.

How Does the U.S. Benefits From Foreign Aid to Niger?

The United States provides foreign aid to troubled African countries such as Niger, and in addition to significantly aiding their foreign partners, the U.S. also benefits from foreign aid to Niger. The United States has invested heavily in curtailing extremist activity across the globe. According to the State Department, “U.S. foreign assistance to Niger plays a critical role in preserving stability in a country vulnerable to political volatility, and food insecurity and regional instability.”

As the United States ratchets up counter-terrorism activity, countries like Niger become major partners who promote U.S. initiatives. The State Department goes further to mention that Niger’s agricultural sources are at risk due to continued droughts and conflict. Currently, the country faces a food crisis as crops continue to disappear. U.S. policy aims to strengthen African nations against extremist groups, and with their continued support, this is how the U.S. benefits from foreign aid to Niger.

What Does Funding for Niger Do?

Niger is projected to receive $34 million in foreign assistance from the U.S. for Fiscal Year (FY) 2019. Forty-four percent of that total sum is being invested in Nigerien health. One hundred percent of the health investment is geared towards fighting malaria, which has affected a significant portion of the population.

An additional 5 percent of the funds are being earmarked for peace and security. However, economic development and promoting democratic values are also being largely focused on.

Describing the poverty crisis in Niger, the World Bank’s statistics show that roughly 44 percent of the population lives in poverty. In fact, from 1960 to 2016, Niger’s population exploded from roughly 3 million people to 20 million! As the population continues to grow, the current food crisis deepens. During the drought of 2010, the U.N. wrote that 17 percent of children were actually malnourished.

While the situation may seem dire, U.S. assistance to Nigeria has yielded positive results. Prior to 2014, close to 50 percent of Niger’s population was living on less than a dollar a day. Niger has also entered into an assistance program — the Security Governance Initiative (SGI).

By joining the SGI, Niger has become an important target for U.S. foreign assistance programs. Adding another strong partner in Africa is how the U.S. benefits from foreign aid to Niger. If the Nigerien government successfully addresses the food crisis and adopts democratic values, Niger’s poverty crisis could possibly be addressed for good.

For now, the U.S. continues to inject aid assistance into the Nigerien treasury in an effort to promote stability — stability which the United States desperately needs. These are just a few of the reasons how the U.S. benefits from foreign aid to Niger.