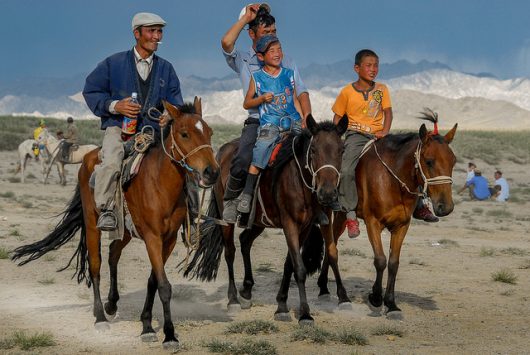 Since its formation in 1987, the U.S. diplomatic relationship with Mongolia has remained incredibly strong in the areas of development, security, and trade. Mongolia sits in an interesting geopolitical position due to its shared borders with China and Russia. As China and Russia continue to act as rivals to U.S. military and economic policy, Mongolia becomes more significant component to U.S. foreign policy in Asia and Eastern Europe. Although total foreign assistance to Mongolia is relatively small, the U.S. has benefited greatly from ensuring a future of peace and democratic idealism in Mongolia.

Mongolia has often referred to the U.S. as its most important “third neighbor.” At first glance, the value of providing foreign assistance might seem elusive. In comparison to the Russian and Chinese titans, Mongolia’s value may seem inconsequential. This couldn’t be further from the truth. As popular support for democratic institutions begins to increase in tempo, Mongolia serves as a beacon of light for democratic values in the region. Since 1990, the year in which Mongolia formally became a democratic country, over 10 elections has occurred on the legislative and presidential level. The continued success Mongolians have seen in democratic institutions has bolstered the over-arching U.S. mission of spreading democratic ideals across the globe. This is one major way in how the U.S. benefits from foreign aid to Mongolia.

Within the same vein, English has been made mandatory in Mongolia’s educational system since 2005. Furthermore, Mongolia has committed roughly $600,000 to the Fulbright master’s program, which has greatly increased the total number of Mongolians studying in the United States. A newly launched program in 2017 gives Mongolian high school students the chance to study abroad in the U.S. Continued sponsorship and foreign aid in programs such as these not only gives Mongolians access to U.S. universities and schools but also helps carry the torch of U.S. democratic values to less accessible regions of the world. In this case, particularly Russia and China.

In recent years, tensions between the U.S. and Russia have increased due to the Crimean crisis and civil war within Ukraine. The Russo-U.S. relationship has remained relatively frigid since these cataclysmic events. Mongolia’s shared border and partnership with the U.S. gives the latter country increased geopolitical proximity to the Kremlin. Within the realm of conflict, Mongolia also has deployed troops to support the U.S. effort in Iraq and Afghanistan. The U.S. sponsored a program entitled “Khan Quest,” which was aimed at improving Mongolian military competency at home and abroad. Providing military support in Mongolia has allowed the U.S. a slight buffer to Russian influence in Asia. This is how the U.S. benefits from foreign aid to Mongolia.

In 2015, the Mongolian economy grounded to a halt after a long period of growth and prosperity. Prior to the crash, U.S. exports to Mongolia totaled in around $650 million. The U.S. aid budget to Mongolia for FY19 is $1.75 million, all of which will be dedicated towards peace and security. As a target for U.S. exports, foreign assistance to Mongolia becomes increasingly important. Holding a strong partner in exports is another way in how the U.S. benefits from foreign aid to Mongolia.