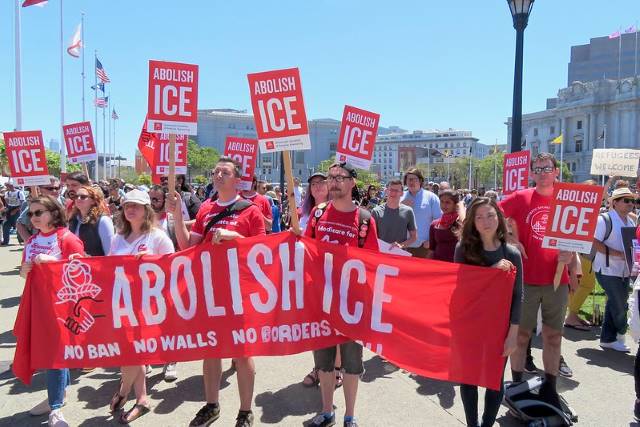 Across the United States, and the world, women have continually faced challenges regarding access to fair and proper healthcare. However, the detention centers of U.S. Immigration and Customs Enforcement (ICE) at the border of the United States are the source of alarming stories of women who have been denied fundamental rights to healthcare. In a system with the purpose of solely providing emergency care to secure deportations, women’s health loses its priority. Denying and delaying the needs of women in these facilities has potentially dangerous consequences for their health. Prioritizing women’s health in detention centers is of the utmost importance.

Women in ICE detention facilities in the United States frequently confront many challenges in their attempt to secure proper healthcare. Prominent among these limitations include the language barrier that prevents many immigrant women, who are unfamiliar with English, from being able to communicate their health concerns. This problem persists especially through medical consent and the issue of immigrant women signing contracts that they cannot understand. Additionally, many women do not know their rights or the standard protocols of the facilities. As a result, many women assume that certain treatments or provisions are unavailable. Giselle M, a woman who was detained during her pregnancy, endured discomfort while sleeping because she was unaware that according to the center’s rules, an extra mattress had to be provided.

According to a Human Rights Watch interview, however, a major reason why women decline medical attention is because of a lack of confidentiality. Although ICE’s protocol stipulates that doctors are expected to maintain patient privacy, breaches of confidentiality are quite common in detention facilities. Many women reported that guards were privy to some of the medical details that doctors had access to. Women were less willing to share their personal struggles if others could find out. For example, pregnancy tests were not always done individually and the news could be quickly spread across detention centers.

The Consequences of Inadequate Healthcare

Access to healthcare for marginalized women is extremely significant as without the necessary medical care, the health of women in these detention centers could be jeopardized. Minimal access to regular screenings, contraception and treatment have fostered prejudice and damaged the health of undocumented women.

In 2017, a woman named Teresa, who was four months pregnant at the time, was detained for 24 hours on the United States border. Overnight, Teresa experienced heavy bleeding and extreme pain, yet she was still not transported to a hospital for emergency care. Only days later did detention staff confirm that Teresa had miscarried. She faced several complications after the miscarriage but her medical health was still neglected.

In addition, important tests such as pap smears and breast exams, which are instrumental in the prevention of certain diseases, were completely denied to many women in these facilities. The Department of Homeland Security (DHS) took note of these inadequacies and issued multiple reports. But, the conditions in border camps and detention centers pertaining to healthcare have improved minimally.

The Suppressed Voices of Women

Significantly, many women fear the consequences of vocalizing their complaints because of the power ICE holds over their future in the United States. For immigrants leaving their countries in search of a better life for themselves and their families, receiving an identity in the United States means sacrificing their basic needs. From an ICE county jail in Arizona, a group of women detailed their experience in a letter about ICE’s medical facilities. In particular, the letter noted, “when we’ve complained to the nurses, we get ridiculed with replies like: ‘You should have made better choices … ICE is not here to make you feel comfortable.’” Various detention centers throughout the United States have isolated women and caused them to suppress their concerns.

Regardless of their circumstances, women in detention centers in the United States deserve the basic rights that should be provided to them in the form of a secure healthcare system. Although altering the system is a difficult task, joint efforts can raise the quality of medical attention for migrant women’s health. Already, several bills attempt to address this issue such as the Women’s Health Protection Act and the Stop Shackling and Detaining Pregnant Women Act. Oftentimes, prisons and detention centers create policies with men in mind and exclude women from their due rights. Both of the aforementioned bills advocate for the rights of women in detention centers. Additionally, the American Civil Liberties Union (ACLU) helped to pass the First Step Act in 2018, which would help to protect pregnant women in jail. With the passing of these laws, women’s health in detention centers can improve.