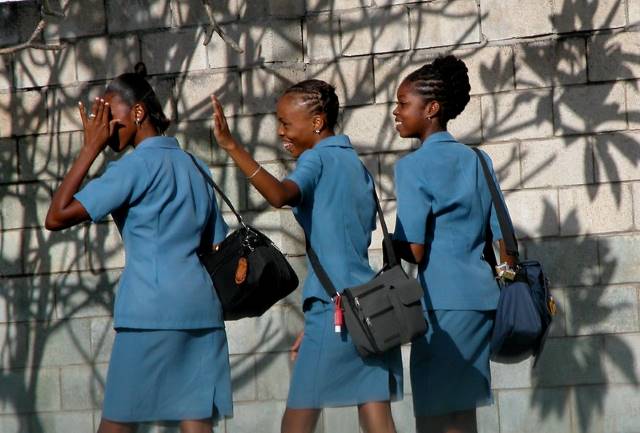 Human trafficking is prevalent in the Caribbean, including the island of Barbados. Trafficking is the act of transporting a person with the intention of forced or coerced labor. Research conducted by the Criminal Justice Research and Planning Unit (CJRPU) indicates that women’s involvement in drug trafficking is more prevalent among those who are uneducated and live in circumstances of poverty with little economic opportunity. The financial rewards of drug trafficking are appealing to women dealing with extreme economic hardship and poverty. Women are involved in trafficking more often than men. Specifically, mothers fall victim to trafficking to take care of their children and help their families out of poverty. Anti-trafficking efforts support women in Barbados and other Caribbean islands.

Caribbean Institute for Women in Leadership

The Caribbean Institute for Women in Leadership (CIWiL), together with several partners, works to create a more favorable environment for female leadership. The CIWiL is a multi-partisan organization without political affiliations that strengthens female leaders’ decision-making in Barbados. Its work is primarily achieved through building initiatives. Currently, webinars are accessible through the CIWiL website. The webinars are about leadership, politics and socio-economic subjects. The website has other political and economic resources such as initiatives for Young Women in Leadership (YWiL) in the Caribbean. One of these initiatives took place in October 2020 in Antigua and Barbuda. This program worked on building personal development skills for women ages 18 to 25 who are actively passionate about public leadership.

In July 2011, the CIWiL began its activity in Barbados to support events and initiatives that empower female entrepreneurs. In February of the same year, the Barbados government’s Bureau of Gender Affairs held a workshop to celebrate the Day of Women of the Americas for Leaders. The workshop hosted women in the Caribbean who are actively aspiring political or public leaders, helping them learn and build on their leadership skills. The Bureau is confident that supporting entrepreneurship will aid women in Barbados and be an efficient way to combat human trafficking. Developing the country’s economy helps decrease poverty in the country. Providing outlets for businesses to grow also creates significant opportunities for women to explore healthier income avenues.

The Caribbean is leading at number two for the highest HIV/AIDs prevalence rate in the world. USAID launched a five-year initiative in 2015 to support the Caribbean’s efforts to combat the virus. The Bureau of Gender Affairs declares women’s health a pertinent issue, that if addressed, will support women trafficked in Barbados. From July to September 2011, the Bureau conducted a series of workshops addressing HIV/AIDS. The workshops discussed women’s susceptibility to HIV/AIDS and how to create more awareness and understanding of the topic. The event successfully implemented supportive measures for women in Barbados, including educational tools.

The U.S. Embassy Bridgetown Public Affairs Section (PAS) is trying to implement a new fixed grant system for Barbados. There are about 24 grants awarded for up to $24,000 each. These grants hope to strengthen the Barbados relationship with the U.S. Department of State. The more economically beneficial relationships Barbados has, the greater the opportunity to decrease poverty. Providing women trafficked in Barbados with more options for quality work is imperative to stop the lure of trafficking.