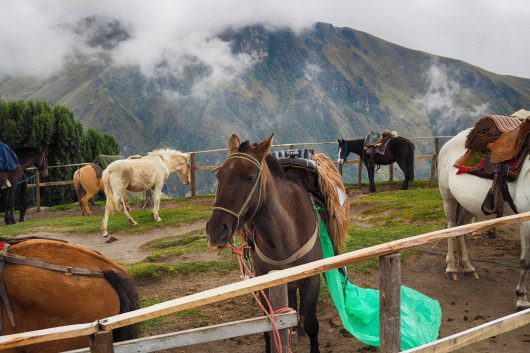 The U.S. often has something to gain when it chooses to lend a hand to a country in need. The U.S. benefits from foreign aid to Ecuador by sponsoring structured efforts to eradicate narcotics and human trafficking. Ecuador has a long history of being an essential piece in the transportation of such networks. This has subsequently been a focus of foreign aid from the U.S. to Ecuador for quite some time. Despite USAID leaving Ecuador in 2014, the country has continued implementing the strategies fostered by American and Ecuadorian relations.

Thanks to the relations between the U.S. and Ecuador, the country has made significant progress to curb drug trafficking and modern-day slavery because of these initiatives:

Ecuador is working to increase the seizure of illicit drugs, especially cocaine, as well as the vigilance of law enforcement in arresting key players in the narcotics trade. The country has been incrementally successful and is seeing new progress each year.

The supplanting of restorative systems returns benefits to the U.S. As one of America’s largest commerce partners, it remains crucial that trade stays legal and in compliance with human rights. The U.S. benefits from foreign aid to Ecuador because the decrease in narcotics transit spares the U.S. from networks of volatile crime.

To address human trafficking, the U.S. began implementing steps within Ecuador to aid the country with this prevalent issue. America and Ecuador are aiming to educate the people of Ecuador with:

According to the ABA website, the organization has aided in the institution of hybrid law, “a mixture of civil law and common law systems” and analyzing the effectuality of such law in Ecuador specifically.

Similar to the reduction of illegal narcotics transportation, the U.S. benefits from foreign aid to Ecuador through reciprocatory change. By pushing Ecuador in the right direction to minimize illegal trade, America is consequently minimizing active human trafficking within its borders.

Essentially, the trade and transport of narcotics and human trafficking webs in Ecuador directly affect the same trade and transport in the United States. These dual-effort relations have resulted in a consistently increasing number of arrests, seizures and preventions of human and narcotics trade. Each time America helps Ecuador target this issue, it also directly targets the issue within its own borders.