Tag Archive for: U.S. Department of Health and Human Services 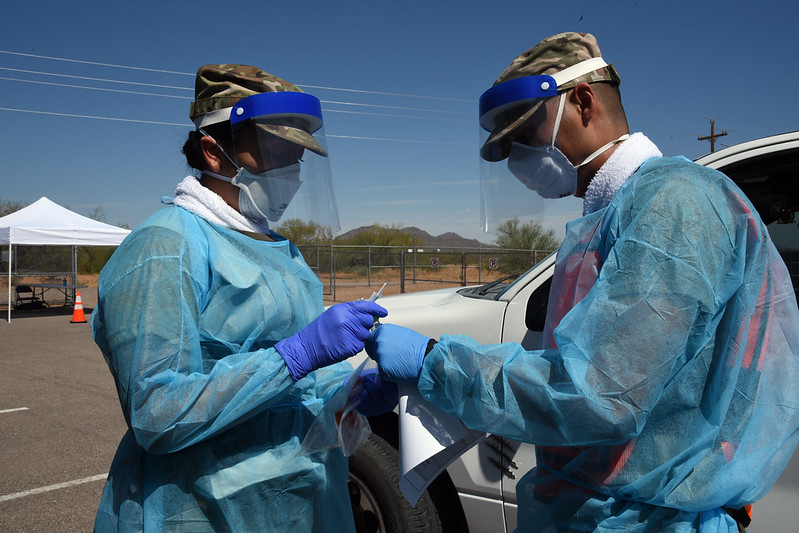 As of July 20, 2021, the World Health Organization (WHO) reports more than 190 million confirmed COVID-19 cases with almost 4 million deaths and the administering of almost 3.5 million vaccine doses. The Centers for Disease Control and Prevention (CDC) reported in December of 2020 that Native American communities are 3.5 times more likely to fall sick with the novel coronavirus and 1.8 times more likely to die from COVID-19 than non-Hispanic white people.

Harvard field research teacher Eric Henson calls what the tribes are having as “the worst of both worlds at the same time.” Businesses entirely stopped their services at the start of this health crisis. These communities had their tax base reduced entirely to zero. All tribal businesses closed. Like other minority groups, Native American communities often work jobs that do not provide proper medical insurance. Many of these jobs are ‘essential work,’ meaning these individuals nevertheless face an increased risk of contracting COVID-19. However, efforts are providing aid to Native American communities during the COVID-19 pandemic.

Native American communities during COVID-19 are accepting safety measures to prevent the novel coronavirus. Early discussions considered giving priority to minorities with the first vaccine dose, at odds with the Trump Administration. While little data exists regarding vaccination rates amongst ethnicities during the vaccine rollout under President Biden, several prominent Native Americans were prioritizing vaccines in their communities. As a result of the American Indian communities’ core values of putting the community first before the individual, their stance to accept the first wave of vaccines is for the health of their whole tribe as well. One individual’s health protected through the vaccine keeps other non-infected community members in a safer environment.

A recent survey that the Urban Indian Health Institute conducted showed that 75% of Native Americans are willing to receive vaccinations. Surveys show 75% of American Indians are concerned with side effects from novel coronavirus protection measures. However, two out of three participants are confident they are safe.

Funding For Native Americans During a Global Pandemic

The CDC has given $219.5 million to aid tribal communities during this health crisis. Its approach has ensured that these communities have access to necessary materials to prevent, provide for and respond to outbreaks. The U.S. Congress directs $165 million of the funding from the CDC through two acts. The acts are H.R 6074, a bill providing $8.3 billion in emergency funding for COVID-19, and the CARES Act, a bill protecting the healthcare system, employed workers and the economy against the health pandemic.

The Administration for Native Americans has a branch referred to as the Administration of Children and Families (ACF). The branch exists within the U.S. Department of Health and Human Services. ACF has supported Native American communities during COVID-19. Its website provides resources to grant programs providing Native tribes, families and individuals access to funding for the pandemic. Resources include administrative relief, human services activities and natural disaster alleviation for Native Americans during COVID-19.

A Return to Normalcy

The effects of COVID-19 are detrimental to many communities, especially those already in the minority before the pandemic. As Native Americans are some of the first to receive vaccines, the families are back on their way to normalcy. 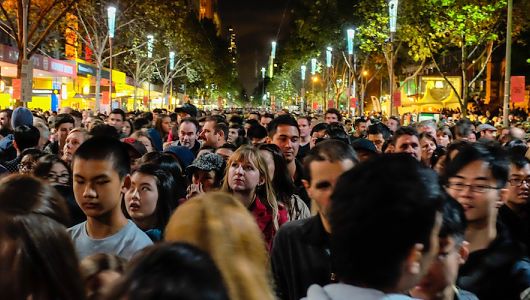 New U.N. projections show that the Earth’s population will reach 11.2 billion by 2100.

The world’s current population is approximately 7.3 billion, a growth of one billion people in the past 12 years. While Earth’s population is still increasing, it is doing so at a slower rate nowadays.

The global population used to grow by around 1.24 percent each year, but that number has now decreased to 1.18 percent, an annual addition of around 83 million people.

Still, Earth is expected to hit its estimated population by the end of the century primarily due to declining child mortality rates and increased life expectancy.

The greatest increases are expected in Africa and Asia. Specifically, Africa will see the greatest surge in population, with more than half of the expected growth occurring there. The continent is expected to have a population of 1.3 billion by 2050.

Asia, on the other hand, is predicted to add one billion people to the global population. Additionally, India is expected to top China as the most populous country within the next seven years.

The majority of the burden will be placed on the poorest and least developed areas, making it hard to achieve equality.

These places include the Democratic Republic of the Congo, Niger, Somalia and Uganda.

With the global population seeing such increases, and the majority of increases coming in the poorest areas, the greatest impacts will be seen on the environment, economy and health.

To help cope with the expected surge in global population, there is a worldwide need for birth control, as well as better care for the aging population.

Not only does birth control help stop the spread of sexually transmitted diseases, but according to the U.S. Department of Health and Human Services, it prevents almost two million unintended pregnancies in the U.S. every year.

Estimates also show that every $1 spent in family planning funded by the public saves $4 on Medicaid expenses that would be needed for pregnancy care.

The biggest threats when it comes to the elderly are chronic and preventable diseases. Moving forward, the goal is to reduce the severity of illnesses such as cancer and diabetes. In doing so, the older population will be able to remain healthy and mobile for a longer period of time.

Accomplishing this goal will also take pressure off the world’s infrastructure that is impacted by the aging population, such as facilities that deal with healthcare and long-term living. 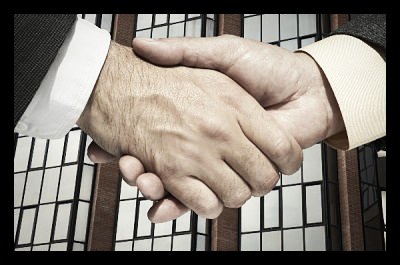 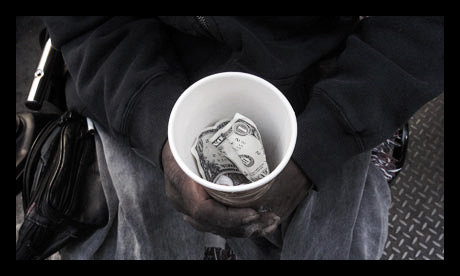 To better understand and tackle poverty, it is essential to understand the way that citizens measure and evaluate poverty at home. The Federal Poverty Line is not one single measure but rather two separate calculations used for different purposes. The first Federal Poverty Line, the poverty threshold, is mainly used for statistical purposed by the United States Census Bureau. Next come the Federal Poverty Guidelines; these are used primarily to determine eligibility for federal programs.

Mollie Orshanksy of the Social Security Administration developed the poverty threshold in the 1960’s to gauge the effectiveness of poverty reduction programs. The measure takes into account pre-tax income such as earnings, dividends, pensions, child support, interest, Social Security and royalties. However, it ignores both non-cash benefits such as food stamps and capital gains and losses.

The threshold varies across families of different ages and sizes and annually adjusts for increases in inflation. For 2011, the most recent survey available, the Census Bureau’s definition of poverty was a household income of $23,283 for a family of four (two adults, two children.) A single person under the age of 65 lives in poverty if he or she makes less than $11,946 per year. For a person over the age of 65, the number drops to $11,011 a year. As of 2011, 46.2 million people in the U.S. lived under the poverty threshold, the largest figure ever recorded.

The U.S. Department of Health and Human Services issues the other poverty measure, the Federal Poverty Guidelines each year. In 2014, the poverty line, as established by the guidelines, was $23,850 for a family of four. $4,060 can be added or subtracted from this base number to account for larger and smaller families.

The Federal Poverty Guideline aims to simplify the poverty threshold for administrative use, such as identifying eligibility for federal programs. For instance, those making 400 percent or less of the poverty are eligible for tax credits to help pay the cost of insurance under the Affordable Care Act. That amounts to individuals making less than $46,680 and families of four making less than $95,400. Other programs that make use of the poverty guidelines include Food Stamps, the Low-Income Energy Assistance Program and the National School Lunch Program.