Tag Archive for: U.S. Benefits From Foreign Aid to Tanzania 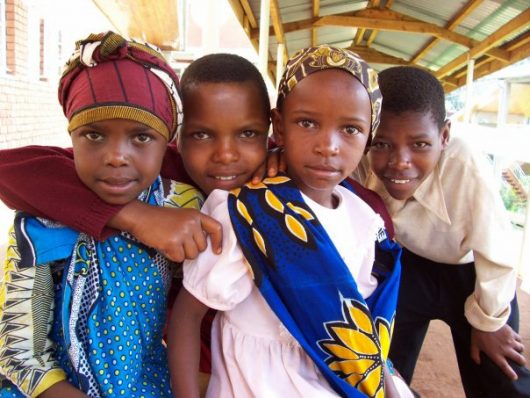 In 1961, the U.S. established diplomatic relations with Tanzania. This partnership is characterized by mutual respect, shared values and aspirations for a more peaceful and prosperous future. Planned aid funding for Tanzania in 2019 is estimated to be $553.08 million and covers the categories of democracy, human rights and governance, education and social services, peace and security, environment and economic development.

The U.S. government is Tanzania’s largest bilateral donor, with Tanzania being a recipient of numerous presidential initiatives, including the President’s Emergency Fund for AIDS Relief, the President’s Malaria Initiative, the Sustainable Financing Initiative, Power Africa, Trade Africa, Feed the Future, the Global Climate Change Initiative and Let Girls Learn. From these developments, the U.S. benefits from foreign aid to Tanzania in a number of ways. The implementation and successes of these programs have been widespread, with notable relational improvements building.

The U.S. Benefits from Stability and Security

The U.S. benefits from foreign aid to Tanzania can be seen through continued commitment to strengthening Tanzania’s democracy. After U.S. officials described the country as a model of democracy in East Africa, the countries’ relationship suffered during Tanzania’s 2015 elections, which revealed a decidedly undemocratic streak. Responses to the electoral crisis included an indefinite suspension of the Millennium Challenge Corporation and a meeting between U.S. ambassador Mark Childress and Tanzanian president John Magufuli. The meeting concluded with a reaffirmation of the countries’ strong partnership and a promise for continued investment of $400 million annually in development assistance, with more money being aimed at supporting the ruling party’s development plans.

The promotion of democracy within Africa has always been a professed commitment of the U.S., with repeated stress that support for democracy and inclusive governance has a place of pride among its interests and engagement in Africa. By aiding Tanzania in the stabilization of its democracy, the U.S. hopes to avoid violent extremism and militancy. It has been generally accepted wisdom in Washington that an enduring sense of injustice and political marginalization are powerful drivers of such extremism.

Further U.S. benefits from foreign aid to Tanzania can be seen with the growth of military-to-military relations. These ties now include capacity building and training in coastal water surveillance, international peacekeeping, military health and humanitarian projects. The U.S. Africa Command, in collaboration with other U.S. agencies, has supported the U.S.-Tanzania Canine Detection Program, an elite unit of U.S. Customs and Border Protection-trained Tanzanian Police Force handlers who work to detect ivory and narcotics at Tanzania’s ports of entry. Through the securitization of customs and borders, both countries are able to help end this illegal trafficking.

U.S. Benefits from Foreign Aid to Tanzania Include Economic Growth

Benefits from aid can also be seen in bilateral economic relations, most importantly Tanzania’s exports to the U.S. Under the African Growth and Opportunity Act, which offers tangible incentives for African countries to continue their efforts to open their economies and build free markets, Tanzania is eligible for preferential trade benefits. Exports are primarily agricultural commodities, minerals and textiles, while imports from the U.S. include items such as wheat, agricultural/transport equipment, chemicals, used clothes and machinery.

Strong trade relations between the U.S. and Tanzania have resulted in mutual economic benefits and have left both countries better off. Gains from aid to Tanzania by the U.S. are extensive and visible. Through aid, Tanzania has been able to become a more well-rounded country and the U.S. has been able to strengthen relations and improve its economic and security position.