Tag Archive for: U.S. Benefits From Foreign Aid to Syria 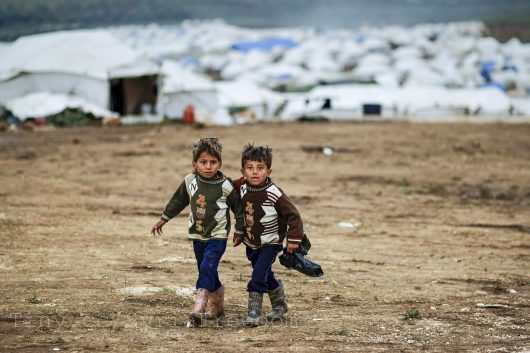 In March 2018, the crisis in Syria will hit the seven-year mark. The U.S. has been the top contributor of foreign aid to Syria since the Syrian civil war began. As of April 2017, the U.S. has invested $3.3 billion inside of Syria since the 2012 fiscal year.

The U.S. benefits from foreign aid to Syria in several ways. Giving foreign aid to Syria will help keep Syrians alive while the country’s civil war goes on. Several countries surrounding Syria have closed their borders, preventing Syrian refugees from fleeing the country. Closed borders cause Syrians to be displaced in the country under unlivable conditions.

The U.S. provides several critical resources to Syrians such as clean water, ready-to-eat food rations, emergency medical services and shelters, as well as many other important services to the most vulnerable Syrians, such as children, the elderly and the disabled. The U.N. estimates that approximately three million Syrians have been displaced within their country to rural areas, which are not easily accessed, which is a small portion of the 13.5 million Syrians suffering within Syrian borders. The U.S. benefits from foreign aid to Syria in many respects:

Because of the Syrian civil war, the U.S. has not imported oil from the country since late 2011. Globally, Syria is a small oil distributor. However, the surrounding countries are well known for their large oil exports. Once stability is established in Syria, the U.S. will have another oil export option. Investing foreign aid into Syria helps provide the stability that its citizens desperately need.

The U.S. benefits from foreign aid to Syria by showing support for its citizens during a time of crisis. Showing support for a country during times of need strengthens diplomatic relationships, which creates further socioeconomic benefits in the future. When Syria’s civil war ends, these acts of humanitarianism will not be forgotten. Continuing to invest in foreign aid for Syria will help promote positive foreign relations with the country, as well as keep the citizens well for the remainder of the civil war.

Syria is affected by acts of terrorism every single day. The extremist group ISIS already exists within Syrian borders. Giving foreign aid to suffering Syrians will potentially keep them from choosing to join those extremist groups. Providing hope and help to those that are suffering benefits the U.S. because it will discourage the growth of terrorism.

Many displaced Syrians have fled to countries that will accept them. As of March 2017, more than five million Syrians have left Syria in hopes of surviving in another nation. While accepting refugees from war-torn countries is a very humanitarian thing to do, providing foreign aid within Syria gives Syrians the opportunity to continue their lives in their homeland, and lowers the chance of families being torn apart by being displaced into different nations.

As this civil war goes on, it is important for the U.S. to continue to provide help and security to the innocent Syrian citizens. The U.S. benefits from foreign aid to Syria, but more importantly, continuing to provide assistance to those in need is simply the right thing to do.