Tag Archive for: U.S. Benefits From Foreign Aid to Micronesia 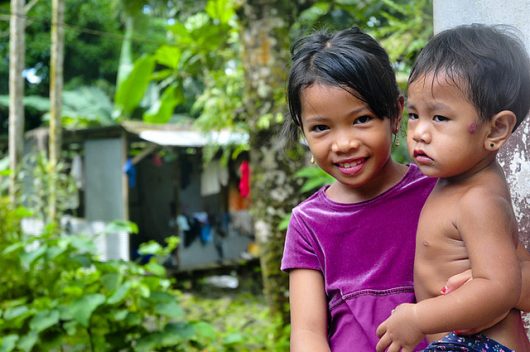 The U.S. benefits from foreign aid to Micronesia in many ways, including an increase in trade as well as domestic and global security.

Micronesia is a Level 2 country, whereas the U.S. is a Level 4 country. The U.S. is in a position to help Micronesia’s economy grow and has been doing so since the Compact Free Association between the two countries was signed on July 18, 1947. Under the Compact, the two governments agreed to cooperate in mutual interest. Micronesia has been benefiting from this aid immensely and from the other side, the U.S. benefits from foreign aid to Micronesia have been equally impressive, including trade and security.

Whether an individual or country, the more money someone has, the more goods that someone can afford to buy. Furthermore, richer countries are more willing to trade with other countries. This trade lifts people out of poverty by letting the citizens of the poorer country gain access to more markets and sell more goods to richer customers. The newly-enriched people can then buy more expensive products. Thus, people in both countries continue buying from each other and both make money in the process.

Increased security for both countries

As one of the key features of the Compact Free Association, the U.S. provides defensive forces to help protect Micronesia. In return, Micronesians are free to join the U.S. military. This arrangement allows the U.S. to station military personnel near the East and South China Seas, where the majority of Asian trade and one-third of global trade takes place. As a result, the U.S. has a constant military presence in the area and can keep an eye on Chinese trade transactions, as well as 50 percent of the planet’s energy commerce.

Unfortunately, Micronesia wishes to end the Compact Free Association this year, stating that it heavily favors the U.S. If the Compact were to end, Micronesia could fall under the growing influence of China. This could make Micronesia a pawn in China’s plan to secure the China Seas and keep the U.S. out of these waters, ensuring that China can accomplish its military and national goals. In addition to undoing the U.S. benefits from foreign aid to Micronesia, this would leave nearby U.S. territories, such as Guam and American Samoa, exposed and vulnerable.

Additionally, the U.S. would be cut out of a crucial trade route to Euroasia. This means that the U.S. would have to find other and possibly longer trade routes. The fact that U.S. goods would take longer to get to their trade partners would result in a higher price of those goods. The final recipients of the goods would be unwilling to pay such prices since they were used to getting these goods at lower prices. This would lead them to reconsider their overall trade relationship with the U.S.

Ways in which the U.S. benefits from foreign aid to Micronesia cannot be overstated. Giving Micronesia more money means that Micronesians can afford to buy more American goods, resulting in the increased trade. Furthermore, it increases security for both countries by strengthening Micronesia’s overall relationship with the U.S. Both of these factors motivate the U.S. to continue helping Micronesia and, ultimately, both countries are better off with it.