Tag Archive for: U.S. Benefits from Foreign Aid to Macedonia 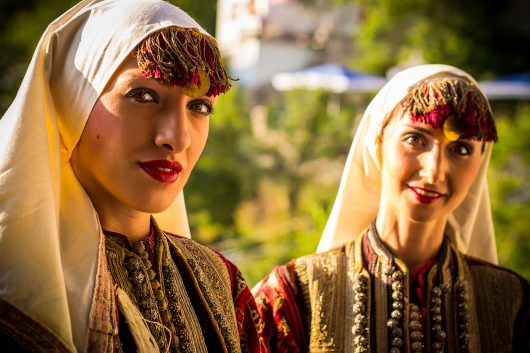 Since it gained independence from Yugoslavia in 1991, Macedonia has worked to become a stable democratic nation with a strong trade economy. Macedonia often struggles with being recognized or treated as an independent nation, a recent example being Greece’s demands for its constitutional name to be changed. Surrounded by more powerful countries, Macedonia requires steadfast support from its allies, which often comes in the form of foreign aid to help the country grow as a nation both politically and economically. The U.S. is one of these allies and has been supporting the country since it gained independence. Although America is keen on supporting countries moving towards democratic systems of government in general, the U.S. benefits from foreign aid to Macedonia as well.

One of the main goals of U.S. aid is to support Macedonia’s transition towards a market-oriented economy as well as its integration into the global trade economy, especially in the Euro-Atlantic. Trade between the U.S. and Macedonia in 2016 was around $276 million and is increasing every year. Electrical machinery and equipment have been the most popular U.S. exports to Macedonia, while imports from Macedonia to the U.S. focus on tobacco, apparel and metals such as iron and steel. The U.S. benefits not only from direct trade to Macedonia, but also through investment in its developing trade economy with other countries.

U.S. aid only helps to further bolster Macedonia’s improving trade economy through funding economic reforms and development, which not only improves direct trade to the U.S. but also increases the success of investments in the economy itself.

Trade is not the only improving economy in Macedonia. Recently, tourism has started to develop. Although in its infancy, contributing to 6.7 percent of the country’s GDP and employing only 1.6 percent of the country’s workers as of 2016, these numbers are expected to rise slowly but steadily. Tourism is also a very open market for foreign aid investment, with only about 2.4 percent of investment being in tourism. Considering that the U.S. benefits from foreign aid to Macedonia going to other sectors, this could be yet another way to make aid more valuable to both countries by helping to better tourism in Macedonia, and in turn, providing profits for U.S. companies.

Lastly, keeping Macedonia as an ally gives the U.S. a valuable strategic partner for foreign policies and interests. Macedonia has often lent its airspace and provided troops to aid the U.S. as well as other countries in the U.N., such as for operations in Afghanistan and Iraq. In general, the location of Macedonia is strategic to many of the conflicts the U.S. is involved in as well as for the stability of the region.

With a stabilizing government growing more democratic through reforms as well as a growing economy, there are many ways in which the U.S. benefits from foreign aid to Macedonia financially, and with continued support, these benefits will increase for both countries. If the U.S. continues to be a dependable and helpful ally to Macedonia, it will return the favor as it has throughout its relationship by helping the U.S. and U.N. create stability in the region.