Tag Archive for: U.S. Benefits From Foreign Aid to Iran 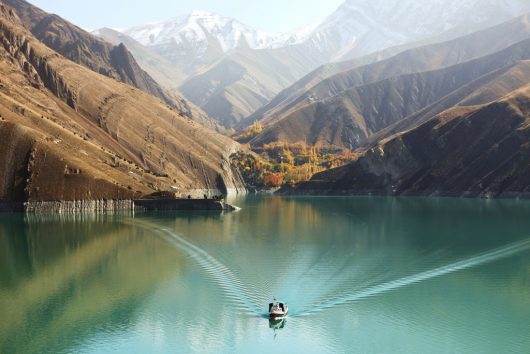 Many times, governments overshadow the amount of compensation they receive from humanitarian acts. Often, in some way or another, governments will be compensated for their actions, whether through monetary funds or through access to resources. Along with hundreds of other countries and communities, the U.S. benefits from foreign aid to Iran in many ways.

In 2016, the American government provided $3,350,327 in aid to the Iranian people. This money is portioned out into multiple areas, but the majority of it has been paid to Iran by the U.S. Department of Energy for the purpose of removing and destroying nuclear-grade weapons from Iranian civilians and other civilians who may have access. Although the U.S. has had uncertain relations with Iran in the past, the amount of aid the government has given them is fairly average in relation to how much aid they give to other countries in the region.

There are other ways that the U.S. benefits from foreign aid to Iran as well. According to the U.S. Census Bureau, the U.S. received nearly $54.8 million in imports from Iran last year. Iran’s major export is in crude petroleum, along with ethylene polymers and acyclic alcohols. However, what is surprising is that the United States does not even rank as one of Iran’s top exporting partners. Iran relies on the U.S. funds for certain processes such as energy regulation, but the U.S. does not receive quite so much financial gain in return.

So, what does the United States receive?  To some extent, the U.S. government receives diplomatic relations from the money it spends. For supporting Iran, and for interacting in an international trade society, the United States receives not only imports and surpluses from the Iranian government, but it also receives a certain level of compromise and commitment from Iran when it comes to aid and foreign interaction.

The United States has maintained diplomatic relations with Iran since 1979, when Iranian rebels held U.S. employees hostage in the U.S. embassy in Iran for 444 days. After that series of events, new sanctions and agreements were created by the joint governments in an attempt to salvage relations. Since 1981, the U.S. government has maintained diplomatic ties quite well, until recently.

Currently, with a deteriorating situation involving Iran in Syria, and Israel on the defensive in the same region, the U.S. has some serious decisions to make. These decisions will determine not only the ability of the United States to keep Iran as an ally, but will also change the dynamics of U.S. foreign relations in the Middle East as a whole. While the U.S. benefits from foreign aid to Iran on a monetary and diplomatic basis, there is definitely a delicate balance at stake for the United States and Iran both. Diplomatic Ties