Tag Archive for: U.S. Benefits from Foreign Aid to Guinea 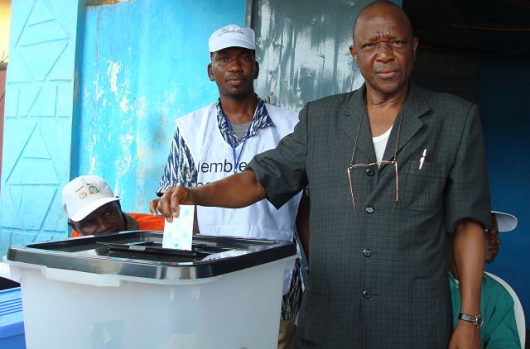 Guinea is one of the world’s most impoverished countries. More than half of its population lives below the poverty line and 17.5 percent struggle for food security. In 2010, Guinea established its first elected, civilian government. The U.S. benefits from foreign aid to Guinea and its strong economic potential. Assistance with Guinea’s health, stability and effective governance is not only deeply needed by Guinea, but also something from which the U.S. ultimately gains.

Guinea has rich mineral resources, possessing over half of the world’s bauxite (aluminum ore) reserves. The country is also abundant in high-grade iron ore, diamonds, gold and uranium. The mining sector in Guinea is thus a major part of its economy: about 80 percent of Guinea’s foreign exchanges consist of joint-venture bauxite mining and alumina operations. Compagnie des Bauxites de Guinee (CBG), one of the major two routes for exporting Guinea’s bauxite, is a venture jointly owned by the Government of Guinea, a U.S. company called Alcoa, and an Anglo-Australian company Rio Tinto Group. The other major export force is Chinese conglomerates as well as small and midsize business.

Guinea is also blessed with reliable rainfall, abundant sunshine and natural geography that are favorable for renewable energy. The 240MW Kaleta Dam project, constructed and financed by China, began operating in 2015 and has since more than doubled Guinea’s electricity supply. The country’s climate means that it has great potential for commercial agriculture as well.

Pressed to improve development, Guinea has been increasingly open to foreign investment. The country’s government has been depleted of financial resources to improve the economy, especially since the Ebola outbreak in 2014-2015. Meanwhile, enterprises in Guinea are in need of more credit than is available.

In 2016, the government launched a new website via the Investment Promotion Agency of Guinea (APIP). The website is meant to promote transparency and help make investments more smooth. The APIP also offers services to foreign investors, including creating and registering businesses, helping with access to benefits of the new investment code, providing information and research studies to interested investors, etc.

While Guinea has extremely investment-friendly laws, the enforcement of those laws needs a stable political environment and a reliable legal system. It is worth noting the country had its first democratically-elected government in 2010 after the country’s independence in 1958, but state institutions are still recovering from two years of rule by the military junta. It’s also faced a number of security and socio-economic vulnerabilities.

Guinea has a disproportionately large military with serious, deep corruption and human rights abuses. It is also feared by law enforcement because of the potential for military revolt. Even though a panel was formed in 2010 to investigate the violent crushing of tens of thousands of peaceful democracy protesters in 2009, two military commanders that the U.N. revealed to be guilty were able to keep their government positions.

Aid for Stability and Development

U.S. foreign aid would directly address barriers to private sector growth as well as improvement of economic life in Guinea in general. For one thing, the U.S. supported the 2010 election process significantly, which has greatly improved the country’s development prospects.

U.S. foreign aid was restricted in 2008 and 2009 due to the rise of the military coup at the time, but restrictions were lifted after the country’s political transformation. Aid from the U.S. helps improve democratic practices, governance, security sector reform, regional peace and stability, etc. These aspects of society are essential for the alleviation of poverty and the establishment of a solid economic infrastructure. A peaceful Guinea is also viewed as significant for restraining conflict in a region already plagued by political tension and armed struggles.

The Consortium for Elections and Political Process Strengthening, supervised by the USAID, supported the 2015 presidential election and 2018 communal elections. It strengthened Guinea’s Independent National Electoral Commission as well as civil society organizations in monitoring the domestic election.

Ultimately, U.S. foreign aid will assist with areas of life in Guinea that in turn presents a great economic potential for the U.S. In other words, the U.S. benefits from foreign aid to Guinea.