Tag Archive for: U.S. Benefits From Foreign Aid to Bangladesh 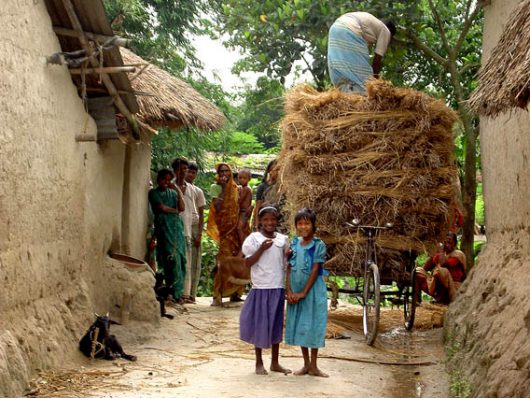 Bangladesh has occurred as a main topic in the news lately because of the nation’s struggle to address the Rohingya crisis. Located in South Asia, Bangladesh is one of the poorest countries in the world; additionally, it is also one of the most densely populated nations with approximately 164.7 million people.

Bangladesh ranks one of the most vulnerable and least prepared countries to natural disasters, and as a result, the country heavily relies on foreign aid to fight chronic poverty that results from natural disasters. The aid Bangladesh receives usually goes towards food, commodities and development projects, thus benefitting significantly from foreign aid. However, there are numerous ways that the U.S. also benefits from foreign aid to Bangladesh.

The U.S. benefits from foreign aid to Bangladesh in a large part due to the funds that go towards projects and institutions that address gender-based violence, illiteracy, gender inequality, human trafficking and poverty within Bangladesh — all of which are issues the U.S. strives to combat on a global scale. Foreign assistance to Bangladesh also promotes democratic institutions and practices, which is crucial in the U.S. fight against terrorism.

Studies have shown that lower levels of political rights and freedom are linked with higher levels of terrorism. The recent terror attack in the Dhaka city in Bangladesh proves that the country requires closer attention given towards this area. Foreign aid to Bangladesh — through agencies such as USAID — goes towards public institutions that “reduce corruption, increase transparency of government and increase accountability.”

For instance, in 2015, the USAID trained “nearly 500 local government institutions to improve their ability to provide basic services and created citizen forums” to increase citizen input on local government activities.

Another way the U.S. benefits from foreign aid to Bangladesh is that the aid helps to increase literacy rates in Bangladesh, which is crucial for a healthy society and a safer world. Education greatly impacts our sense of right and wrong, and in that way, serves to dictate many citizens’ actions.

In Bangladesh, almost 40 percent of all children who enroll in first grade “fail to complete primary school, and 2 percent of children achieve all prescribed competencies by the completion of fifth grade.”

Additionally, foreign assistance invested in education also helps increase individual income and boosts a country’s economic growth. Nearly one in three people in Bangladesh live in poverty, and Bangladesh’s economy, in general, is a matter of U.S. interest because it could also benefit the U.S. economy. For instance, as countries like Bangladesh become more self-sufficient and better developed, countries also become potential markets for U.S. companies, thereby creating jobs here at home.

USAID works closely with the Bangladeshi government to improve literacy rates in the country. For instance, USAID provides extra-curricular activities to increase learning skills, and in 2015, improved reading skills of “more than 295,000 young boys and girls in primary schools.” It also trained more than “2400 teachers on how to assess students’ reading skills.”

The U.S. benefits from foreign aid to Bangladesh because the aid improves national security, healthcare, global access to education, gender equality and fights terrorism and crimes such as human trafficking. As one can clearly see, it is most definitely in the United States’ best interest to continue providing aid to Bangladesh.