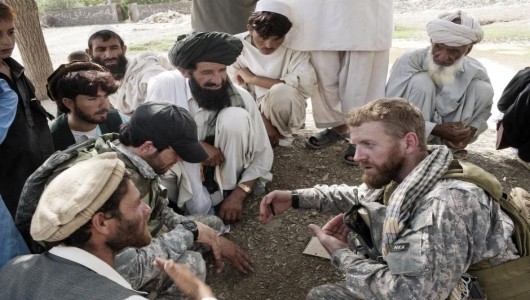 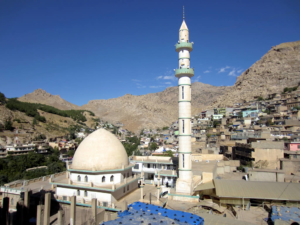 A few days before Christmas in 2005, a home was raided in Iraq’s city of Abu Ghraib. Within the home, Col. Kevin Brown and his soldiers discovered an infant. That child was Baby Noor.

Baby Noor was found at only 3 months old. She had been born with a severe case of Spina Bifida, a spinal cord defect. Without medical treatment, the defect would certainly kill her. In war-torn Iraq, proper medical care would be next to impossible to find.

The soldiers immediately wanted to move her to a place where she could find the care she needed. Col. Brown urged the U.S. Army to help the child. His persuasion worked. Soon Noor was on a C-130 transport plane with her father and grandmother en route to Atlanta, Georgia. It was there where doctors successfully operated and treated Noor’s Spina Bifida. During her stay in the United States, Baby Noor charmed the world. Photos of her smile were soon spread across television screens and newspapers. “Iraq’s Miracle Baby” enthralled the country.

Noor returned to Baghdad six months later in June 2006. While life may have seemed blissfully hopeful in Atlanta, reality soon set in. For a poor family, caring for a child with special needs was extremely difficult. Noor was paralyzed from the waist down. She was prone to urinary tract infections, and she had headaches caused by the shunt doctors inserted into her brain to collect fluid buildup. Noor was also quickly running out of medical supplies, and her family could not afford to repurchase them.

In addition to the challenges of raising a special needs child, Noor’s family also faced retribution for their association with Americans.  Her father claims that he was kidnapped and accused of spying by men associated with Al Qaeda who demanded a ransom from the poor family.

While Noor was growing up, Col. Brown never forgot about her, wondering what happened to the child he had rescued. Then one day, Brown saw CNN’s story “The Unfinished Miracle of Baby Noor.” As it turns out, readers had responded to the story of Noor by donating money to Childspring International, the very same charity that helped Noor stay in the US the first time. With the money collected, Childspring was able to purchase a two-year supply of medical equipment, including a wheelchair and many children’s toys.

Seeing this as the perfect opportunity to reconnect with Noor, Brown stepped in to help ship the large package to Baghdad. Through his connections with the U.S. Embassy, Brown was able to enlist the help of USAID’s Iraq Access to Justice Program and the Iraqi Alliance of Disabilities Organization. Along with CNN staffers, these groups coordinated to bring the shipment to Noor’s home in Baghdad.

Is Noor’s story finished then? Certainly not, Noor will continue to need medical supplies for the rest of her life. However, the story of Iraq’s miracle baby is not only special because she was saved once; it is truly a miracle because her story continues today.