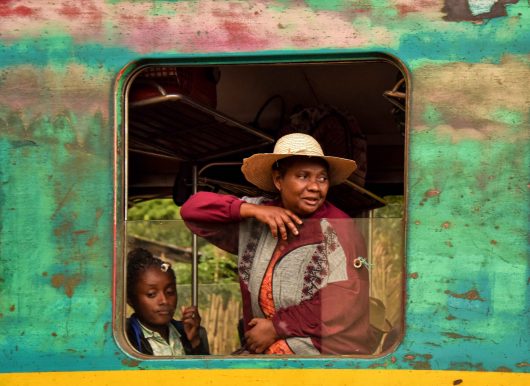 During a presidential tour of Madagascar on Jan. 25, 2017, Turkish first lady Emine Erdoğan addressed the need for increased educational opportunities for women and girls. Erdoğan’s inauguration of the Women’s Education Center in Madagascar was just one of the facets of her visit to the country. Erdoğan and President Recep Tayyip Erdoğan visited Madagascar as part of a campaign to strengthen ties between the two countries and encourage Turkish investment in Madagascar’s economy.

More than half of the 17 million people living in Madagascar are children. What’s more, half of Madagascar’s population subsists on less than $1 a day. This makes the subject of education all the more critical to the country’s development. While Madagascar’s education system has steadily improved over the past 10 years, some regions must work hard to ensure gender parity for their students, particularly in lower secondary education.

Following a coup d’état in 2009, much of Madagascar’s foreign aid was withdrawn, and the economy has since been slow to recover. Poverty increased sharply, infrastructure deteriorated and educational funding was slashed. The Turkish first lady’s inauguration of the Women’s Education Center in Madagascar comes at a time when increased focus on education is a necessity: UNICEF estimates that while 75 percent of children at the primary level are enrolled, roughly 1.5 million are still out of school, and gender parity remains a concern.

The goal of the Women’s Education Center in Madagascar is to empower women and support African development. It offers courses to roughly 100 women in fields such as horticulture, technology, cooking and textile work. In addition, the African Handicrafts Market and Culture House in Ankara, Turkey, will sell crafts produced by women at the center. All proceeds will go back to Madagascar.

The center is a highlight of the work done by the Turkish Cooperation and Coordination Agency (TIKA). TIKA provided $3.9 billion in development aid in 2015, and is active in 140 countries. Further, during his tour, President Erdoğan encouraged his country’s investors and entrepreneurs to become involved with Madagascar’s National Development Project. The project aims to increase funding and revenue from areas such as tourism, agriculture and construction.

The Turkish first lady’s inauguration of the Women’s Education Center in Madagascar illustrates a step forward for education in the country. It is especially important for women who support struggling communities. The school serves as a symbol of resilience and stimulation for the minds of young women, the economy and society.